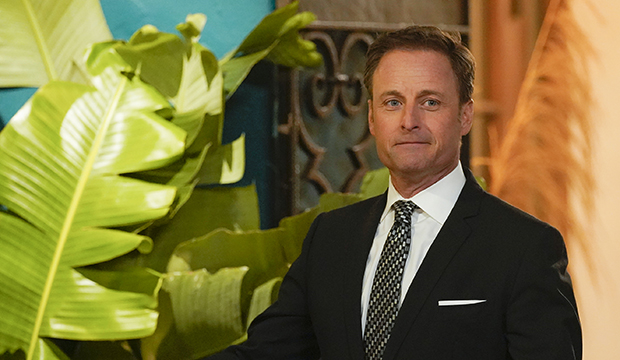 Gird yourself for possibly more Bachelor Nation content soon. Not necessarily new content — well, it is, sort of.

With Hollywood on lockdown due to the coronavirus pandemic, networks will soon run out of pre-taped programming, and Bachelor Nation might just come to the rescue for ABC. Chris Harrison, who previously revealed that “The Bachelor Presents: Listen to Your Heart” might produce more than its originally ordered six episodes, shares that he and creator Mike Fleiss have been talking daily about possible ‘Bachelor’ specials they could put together to fill the scheduling gaps.

“We want to produce content because A) ABC needs it. Go beyond the reality shows, there’s no pilot season. There’s no scripted shows on the horizon, so next summer, next fall, who knows?” Harrison said on “The Bill Simmons Podcast.” “Fleiss and I have been talking about, what can we create in the interim before we decide, can we do a quarantine version [of ‘The Bachelorette’]? … We’re just throwing out ideas. It’s all premature right now. But there’s also maybe specials and retrospective things we could do, looking back in the meantime, pull up old seasons, like a Jake Pavelka season that a lot of people haven’t seen and it’s genius television.”

SEE Attn. Bachelor Nation: ‘Listen to Your Heart’ may get more episodes than originally planned

The show could do that trek down memory lane “in a Rewatchables fashion,” the host said, referring to The Ringer’s popular series. “This is rewatchable, go back over it with that type of attitude and reintroduce to a whole new group that hasn’t seen it.”

“We’re here if you need us. That’s kind of in our wheelhouse,” Simmons replied. “We can definitely do that.”

In a normal year, “The Bachelorette” would be in production now for a May premiere, followed by a summer production and premiere for “Bachelor in Paradise.” Harrison has said that “The Bachelorette,” which was scheduled to start production the day it was shut down last month, is producers’ top priority once it’s safe to start filming again. Earlier this month, Reality Steve reported that TPTB are hoping to film “The Bachelorette” over five weeks in July and August at a private resort closed to the public with everyone involved getting tested for COVID-19. Harrison confirmed that was one of the contingency plans being discussed.

“Could we maybe move everybody into one place and when tests are available, everybody takes a test and then you’re just on campus?” he said. “The thing is logistics. Getting 20-30 cast members is one thing. Getting 100-180 crew members and putting the director in a truck next to the producers — you’ve got 30 people in a little trailer and we’re all on top of each other producing a show, that’s another thing. It’s not just people at a bar. … We are on it. We are chomping at the bit to get back to work. We want to create content as much as anybody.”

Harrison added that they were “fortuitous” to have “Listen to Your Heart” all wrapped before the pandemic hit the United States. “We crammed it in right between ‘The Bachelor’ and ‘Bachelorette,’ where we’re usually taking a little bit of a break,” he noted. “We’re lucky that we have at least six weeks of television. But … when we get to June, then we’re going to run out. Then we gotta figure out what can we produce, what kind of content. But the overwhelming response I got Monday night during the ‘Listen to Your Heart’ premiere … was, ‘It’s just good to have you guys back,’ ‘It’s just good to see you out on a wet driveway,’ ‘It’s good to just escape for a minute.'”