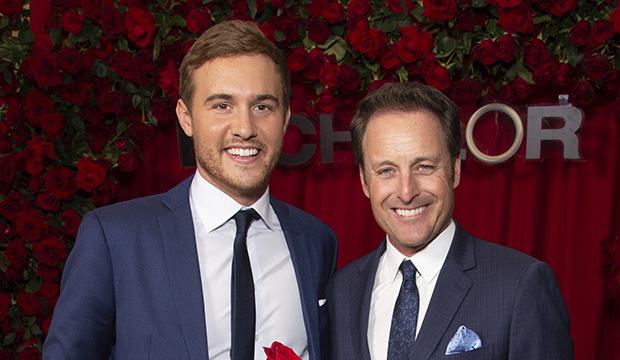 This season of “The Bachelor” has just been an exercise in dumb decision-making by Peter Weber, the peak (or nadir) of which was his choice to keep Victoria Fuller on Monday’s episode after a disastrous hometown date. But Chris Harrison thinks Bachelor Nation might be too hard on the pilot.

“It’s one of those relationships, I see it often on the show, and you see it in life, where there’s passion, there’s chemistry, but it’s so volatile,” the host told “Us Weekly.” “And from the outside looking in, you think, ‘What do you do? What are you doing?’ It’s so clear.”

During his hometown date with Victoria, Peter’s ex-girlfriend Merissa Pence, who shares mutual friends with the medical sales rep, came by to warn him that she is bad news, including that Victoria has broken up “many” relationships (she later specified that it was four marriages). After a tense argument with Victoria, who got defensive and deflective, Peter never met her family, but he ultimately gave her a rose following a morning-after debrief.

Harrison believes the pair’s dysfunctional dynamic is what makes the show “so relatable” because many people have been in those “I wish I knew how to quit you” type of relationships — himself included.

But don’t lose all hope in Peter yet to come to his senses. “You have to give Peter a little bit of a wide berth,” Harrison added. You know, this is the craziest thing. We’ve all — we all do stuff like this.”