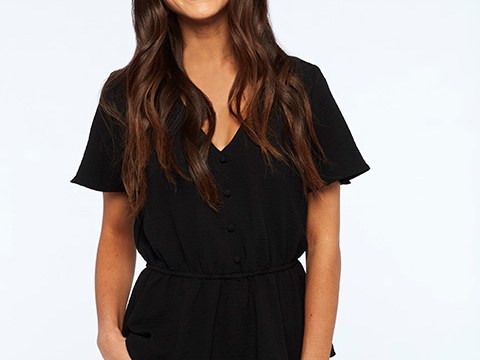 What do a ballerina, an airline recruiter and a queen have in common? They’re all contestants on Matt James‘ season of “The Bachelor.”

Yes, you read that right, a queen. Well, Victoria is a self-described “queen,” so, you know, this is our “chicken enthusiast” of the year. Victoria is one of 32 women vying for James’ heart. While producers recast the just-wrapped season of “The Bachelorette” with older men for 39-year-old Clare Crawley, 29-year-old James’ contestants are mostly in their 20s, the typical age bracket for the franchise. The average age is 25; the youngest is 21-year-old Kit, a fashion entrepreneur, and just three are in their 30s, the oldest being 32-year-old Magi, a pharmacist.

And after “The Bachelorette” featured double Blakes, Jordans, Tylers and Zac(h)s, there is only one shared name — and it’s not Lauren. (Don’t worry, there’s still a Lauren.) There are two Serenas: Serena C., a flight attendant, and Serena P., a publicist.

SEE Who is Matt James? 9 things to know about the first Black Bachelor

James is the first Black bachelor in 25 seasons, and about half of his cast appears to be women of color. This comes after ABC vowed to diversify its casting after repeatedly coming under fire for the franchise’s predominantly white casts. James, a real estate broker and community organizer and the BFF of “Bachelorette” runner-up Tyler Cameron, was originally cast on Crawley’s “The Bachelorette” before COVID-19 shut everything down and he was tapped to lead “The Bachelor.” He is the first Bachelor since Matt Grant in 2008 to not have competed on “The Bachelorette” first.