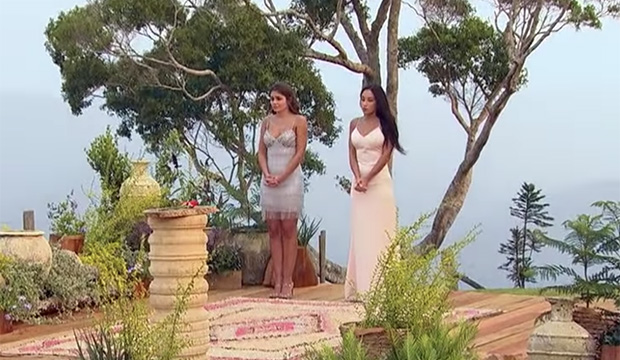 Monday’s “The Bachelor” ended without a rose ceremony, which we all should’ve seen coming after the fantasy suite drama with Madison Prewett. She’s last seen walking away from Peter Weber after his confession that he had slept with Hannah Ann Sluss and Victoria Fuller. So does Madison walk away completely?

No one can really blame Madison if she does quit the show since she made it clear she didn’t want Peter sleeping with other women and that she is saving herself for marriage. The fact that Peter did sleep with Hannah Ann and Victoria, which is also totally justified, confirmed to Madison that he’s not prioritizing her of the three. The show is, of course, completely leaning into this, as the trailer for next week’s “Women Tell All” episode suggests that Madison does not come to the rose ceremony, leaving Hannah Ann and Victoria anxious and uncomfortable, and Peter “emotionally drained” as they all look like they’ve spent three hours waiting for Madison in 20 seconds.

But according to Reality Steve, Madison does show up — last, for maximum effect. The other two women simply showed up first, followed by Peter, so that waiting game is what we see in the trailer. It’s unclear why Madison arrives last; the easiest explanation is that she was still debating walking away until she decided (or someone convinced her) not to. Or maybe she just hit traffic.

As for the results — SPOILER!

Peter gives roses to Hannah Ann and Madison, sending Victoria home. This is the last spoiler of the whole season since no one has a clue how the finale will play out or who the hell his mother is crying about. Theories abound from Peter choosing his future bride live on the finale to him dating a producer. Maybe the real twist is that he somehow ends up with Victoria after all.