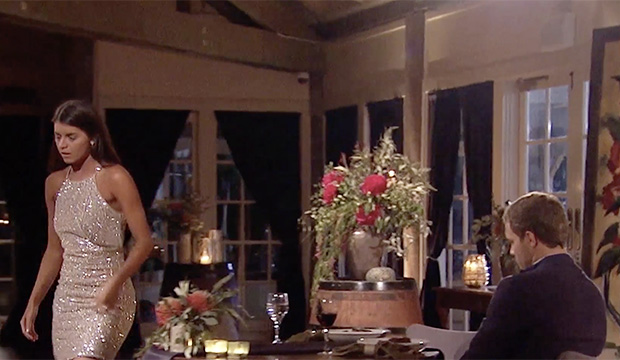 “The Bachelor’s” hometown dates episode ended with a cliffhanger as Madison pulled aside Peter Weber for a chat, but it’s not really one since we all know what’s about to go down: She’s going to tell him she’s a virgin and is saving herself for marriage.

This is, of course, perfect timing since it’s fantasy suites week, and for the first time, the three ladies — Hannah Ann and Victoria F. being the others — have to live together under the same roof when they’re not out and about with Peter. Totally not awkward at all.

The real drama comes when Madison gives Peter a “suite ultimatum” (**slow clap**): “I wouldn’t be able to say yes to an engagement if you have slept with the other women,” she tells him in a new promo via E! (watch below).

Since the women have to live together, Madison probably already knows whether Peter has slept with one or both or not, and is throwing this out to test him. Savvy.

“I have been intimate,” he replies. “I can’t lie to you about that.”

Is honesty the best policy? Well, the next shots are of Madison biting her nails and walking out of their date, leaving Peter wiping away a stream of tears all by himself Now, this could be some tricky editing and Madison could be walking out following a completely different tiff or misunderstanding, but it probably isn’t.

More tears come as we next get a shot of Peter’s weeping mother pleading to him, “Don’t let her go. Bring her home to us.” Is the “her” Madison? One popular fan theory has posited that Madison walks off the show and Peter later wins her back, which is why there are no spoilers about the finale — or as the promo puts it, the “bombshell finale.” Reality Steve does have the fantasy suite week results here.