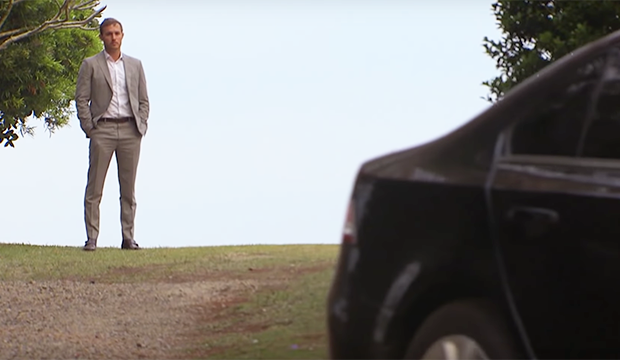 We know we sound like a broken record, but there have been no definitive spoilers on how Peter Weber‘s season of “The Bachelor” concludes, and all the teases about the bombshell finale and how the “roller coaster” won’t end until after “After the Final Rose” have sent Bachelor Nation into a tizzy. But Reality Steve is here to offer a teeny weeny bit of clarity on what he believes goes down in the finale and afterwards — namely, who Peter does not end up with.

In a lengthy post on his site, the “Bachelor” spoiler guru repeatedly states that he does not know for sure what unfolds, but has collected enough information that he feels comfortable to “lay out what I think happened based on what I’ve been told.” So get the hell out of here if you don’t want to be spoiled.

SEE So… did Madison actually leave ‘The Bachelor’?

OK. First, if you’re not up to date on the spoilers, Victoria Fuller is eliminated in third place, leaving Hannah Ann Sluss and Madison Prewett, who showed up to the final three rose ceremony late, as the final two. According to Reality Steve, Madison self-eliminated on the day of the final rose ceremony after meeting Peter’s parents, which would explain his weeping mother begging him to get an unknown “her” back in the promos.

That would mean Hannah Ann is the last woman standing and default winner, but Reality Steve does not believe Peter chose her. And if he did, he does not believe the two are still together. “Seemingly if he wanted her, he would’ve chosen her, had less work to do that day by dumping Madison, and they would’ve left Australia as a couple,” Reality Steve points out. “I don’t think he chose her, but again, I can’t say for sure if he did or didn’t. Just know that if he did, they are no longer together today. Peter and Hannah Ann I feel very confident in saying are not a thing right now and won’t be come finale time.”

What Reality Steve believes Peter did instead was try to win back Madison after the show, but he is unsure as to the current status of their relationship. “He’s with her, they’re either working on a relationship, or they are happy and together now,” he writes. “However, if you told me he was single, I can’t say I’d be surprised either.”

The only thing Reality Steve is “almost certain of” is that Peter reached out to Madison after the show to try to make it work. “But honestly, I don’t know if it did and I don’t think any of us will until the ‘ATFR,'” he says, adding that he’s “leaning more towards” Peter and Madison currently dating but not engaged.

“But if that’s not the ending, then I don’t know what is, because I’m almost positive he’s not with Hannah Ann,” he declares. “The Hannah Brown thing and the producer thing are pipe dreams as well. So if it’s not with Madison, or working on things with Madison, then I guess he’s single?”

We’ll know for sure in two weeks. Monday’s episode will feature the final three rose ceremony and the “Women Tell All” special. “The Bachelor” airs Mondays at 8/7c on ABC.