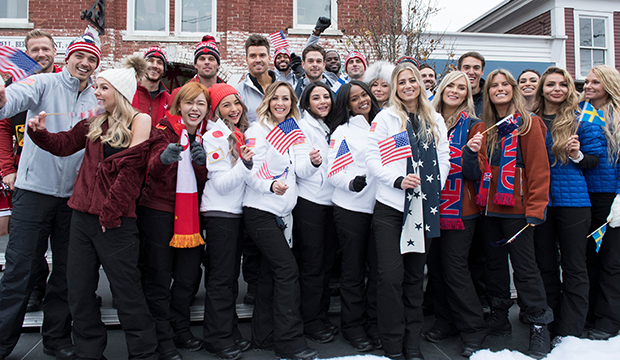 File this under “Completely Expected”: “The Bachelor Summer Games” will not happen this summer due to the coronavirus outbreak and subsequent postponement of the Tokyo Olympics.

As first reported by “The Hollywood Reporter” on Monday, ABC and Warner Bros., which produces the “Bachelor” franchise, have halted development on the new spin-off, which was supposed to serve as counterprogramming to the Summer Olympics, just like “The Bachelor Winter Games” did for the Winter Olympics in 2018.

As we noted last week, it was unlikely “The Bachelor Summer Games” would go forward this summer after the International Olympic Committee postponed the Tokyo Olympics until 2021, never mind the fact that the pandemic has already forced film and TV productions to go on indefinite hiatus.

According to “THR,” it’s unclear if “The Bachelor Summer Games” will air next summer opposite the Olympics. Earlier on Monday, the IOC announced that the new Olympic dates are July 23-Aug. 8, 2021, which are the same two weeks over which the games were supposed to take place this year.

The “Bachelor” franchise has already postponed production on “The Bachelorette,” which was supposed to start filming on March 13, the day that Warner Bros. shut down all its shows. Season 16 of the hit, starring Clare Crawley, is still scheduled to premiere Monday, May 18, but that looks unlikely at this point. ABC also still has Season 7 of “Bachelor in Paradise” on the docket for the summer. Last week, host Chris Harrison told “Access Hollywood” that getting “The Bachelorette” off the ground was the top priority for the franchise, while “Paradise” would depend on the time of the year when productions are allowed to resume.

“Everything’s up in the air. It all depends on the timeframe of when we get back. First and foremost, Clare is on top of the list. We want to get our Bachelorette in and we want to do this for Clare,” he explained. “And then it’s just where are we in the calendar year [for ‘Bachelor in Paradise’]. Is it May? Great. Is it June? OK. Are we now late July, August? That changes things when ABC can give us airtime, so all of it depends on the calendar of when we can get out of our houses and safely get back to production.”