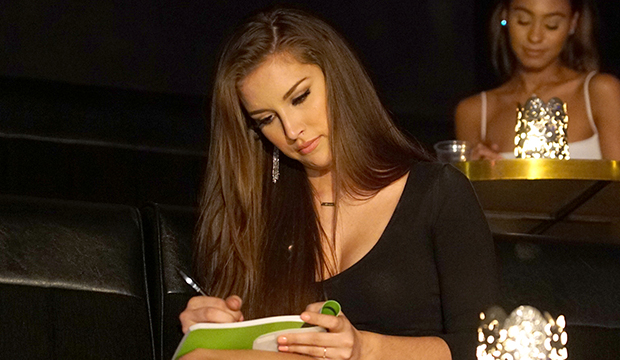 Before Victoria Fuller‘s alleged shady past and Madison Prewett‘s fantasy suite ultimatum dominated “The Bachelor,” the major drama from the first half of the season came courtesy of Victoria Paul and Alayah Benavidez, and you can definitely bet on them serving even more drama on Monday’s “Women Tell All.”

A refresher if you’ve already bleached their inane beef from your memory: They know each other from the pageant circuit — Alayah was Miss Texas and Victoria was Miss Louisiana at Miss USA 2019 — and when some of the other ladies mentioned to Peter Weber that Alayah might not be there for the ~right reasons~, Victoria then told him that Alayah had asked her to lie to producers about them knowing each other. It’s all incredibly dumb but it’s the petty drama we live for.

In a sneak peek via E! (watch below), Alayah explains that she felt betrayed when she heard complaints about her from Peter and not from Victoria, with whom she says they had a deal going into the show to watch out for one another. “One of the things that we had said to each other before coming into this is, ‘Hey, you have full permission to check me before I wreck myself. You have permission to tell me,'” Alayah says.

“I take full responsibility for not doing that,” Victoria interrupts. “I think that what many of us saw was kind of what I saw, and I’m not perfect, and I am 100 percent human.”

“You were crying that you weren’t going to do the show without me a week before we got to casting, and then Night 1, before I get there, you pull Kelsey into the bathroom to tell her that you have worries about me,” Alayah fires back. “Like, excuse you!”

Does it even matter? Nope. But we’ll watch it anyway.