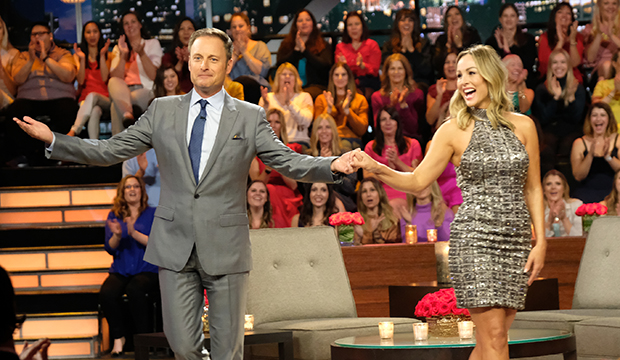 Clare Crawley will have more suitors than any Bachelorette before her. Sort of. “The Bachelorette,” which is slated to start production next week after a four-month coronavirus-induced postponement, is flying in extra guys in case any of them test positive for COVID-19, according to Reality Steve.

“I’m hearing this season they have way more guys flown out there than will eventually end up on the show, and that’s to have other guys ready to go if any test positive for COVID upon arrival,” the spoiler guru wrote on his site. “But in typical ‘Bachelor’ fashion, it’s not like they’re telling any of the ‘extra’ guys they flew out that they’re basically just a standby person. And why would they really? Because if you’re a guy who thinks you’ve been cast, but you were told, ‘yeah, you’re just a backup. We’re only gonna need you if there’s a problem,’ would you get on a plane and go? Probably not. But that’s how they roll. So plenty of guys there right now are never gonna make it on the show and they have no clue they never had a chance.”

It’s unclear how many backup dudes there are, but Crawley’s original cast consisted of 32 men, so we could be pushing a total of 40 here.

As previously reported, the show underwent recasting during the lockdown, and we know one of the men is definitely out: Matt James, who will be the first Black Bachelor. Per Reality Steve, nine of the OG 32 are gone, and he knows of seven new guys. All seven are in their 30s, a stark contrast to the original crop, which featured 23 guys in their 20s for 39-year-old Crawley. He expects the new cast to be announced next week.

Season 16 will film at one location, the La Quinta Resort & Club, which is closed to the public, in La Quinta, California. Cast and crew, who will live on location, arrived this week and will be regularly tested for COVID-19 and given temperature checks. They are currently quarantining for a week, with filming scheduled to commence on July 17.