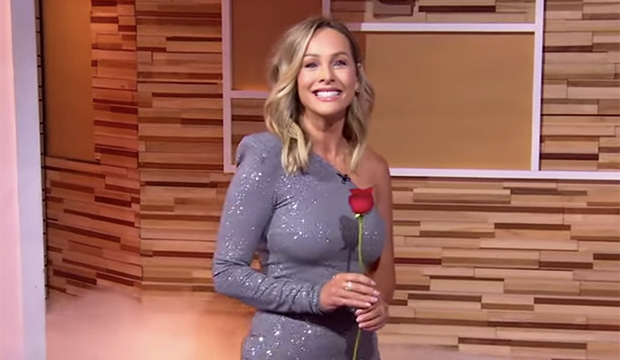 Remember how “The Bachelorette” was recasting Clare Crawley‘s suitors during lockdown? Well, an unlucky 13 of the originally announced 32 are gone now.

We already knew one was out — Matt James, who will be the first Black Bachelor — but Reality Steve has now confirmed a dozen other dudes have been dumped (no pun intended) for one reason or another. They are Aaron Goodwin, Anthony Witchek, Austin Bouzigard, Bennett Murphy, Bret Engemann, James Clarke, Miles Gully, Nick Eccher, Grant Lewis, Greg Grippo, JP Caruso and Tyler Cottrill.

Of those 32, here's who I know will not be part of her cast anymore, for one reason or another:

Reality Steve notes that this doesn’t mean there aren’t others who were dropped, but that these 13 are the ones he’s confirmed aren’t going to be on anymore.

This does NOT mean there aren't possibly others from the original 32 that aren't on. These are just the only ones I know about that aren't. So please don't ask "What about so-and-so?" This is all I know as of now.

As the spoiler maven previously reported, the show has flown out backup guys to La Quinta Resort & Club in La Quinta, California, in case someone tests positive for COVID-19. The cast and crew arrived last week at the resort and is currently quarantining, with filming set to start on Friday.

Reality Steve expects the new cast of men to be unveiled after quarantine is over. He currently knows of 10 new men, all of whom are over 30 — a far cry from the OG cast that had 23 guys in their 20s for 39-year-old Crawley. Eleven of the 13 who were axed were in their 20s.

What I'll say is of the 10 "new" guys that I have, every one is 30 or older. So they definitely did Clare better in the age department during recasting. Once that final cast list comes out, we'll be able to compare and contrast who made it and who didn't from the original 32.

Season 16 will be filmed entirely at the resort, which is closed to the public. As part of safety precautions, everyone will be regularly tested for COVID-19 and given temperature checks.