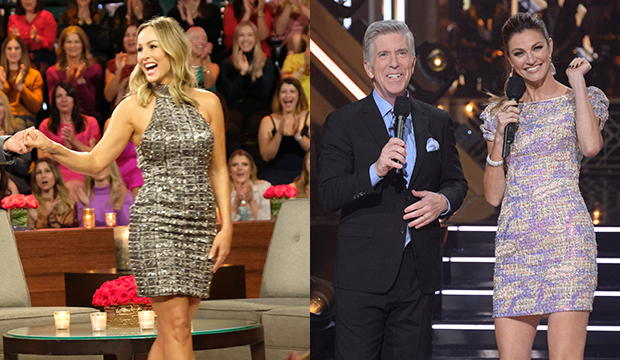 “The Bachelorette” and “Dancing with the Stars” are both scheduled to air in the fall, but one won’t be in its usual timeslot.

ABC unveiled its 2020-21 prime-time schedule on Wednesday with both reality staples on deck: Season 29 of “Dancing” will air Mondays at 8/7c as usual, while Season 16 of “The Bachelorette” with Clare Crawley, delayed due to COVID-19, will air on Tuesdays at 8/7c, ending the network’s 10-year-old Tuesday comedy block.

As we noted last month, something was going to have to give between “Dancing” and “The Bachelorette” if both were slated for the fall since “Dancing” and the “Bachelor” franchise (and in the past two years, “American Idol”) alternate the Mondays-at-8 slot throughout the calendar year. “The Bachelorette” would normally be airing right now — it typically runs from May through July — but production was shut down in March the day it was scheduled to start.

It makes sense that “The Bachelorette” is the one to get bumped to Tuesdays since the fall is “Dancing’s” domain. Earlier this week, former Bachelorette Kaitlyn Bristowe was announced as the first celebrity contestant on Season 29.

No premiere dates were announced since everything is still up in the air with safety protocols — ABC didn’t even say the word “fall” in its press release — but ABC Entertainment President Karey Burke told “The Hollywood Reporter” that she’s “hopeful” her entire lineup will roll out over the fall. “This will be our schedule whenever we’re able to get back in production and get on the air,” she said. “It’s our sliding schedule. That said, I’m cautiously optimistic that we’ll be able to return these shows if not in mid-September, late-September or early October.”

SEE Everything to know about ‘The Bachelorette’ Season 16

Burke also shared that “Bachelorette” producers have already presented their new production plan to Warner Bros., which produces the show, and officials to film the season in one location over several weeks later this summer with strict testing and no travel. “They have a thoughtful plan they presented to the studio and the government that’s in the process of being vetted and approved,” she revealed. “I’m hopeful, not certain — anyone who says they’re certain right now is not speaking the truth — barring a second spike or a second shutdown that we will be able to get these shows up and running.”

It’s unclear what the game plan is for “Dancing” since, you know, that involves contact and sweating. A virtual season has been suggested by Cheryl Burke, while Tom Bergeron said last month they were still figuring out the “when (& how)” of the show’s return. Well, got one down (sort of).