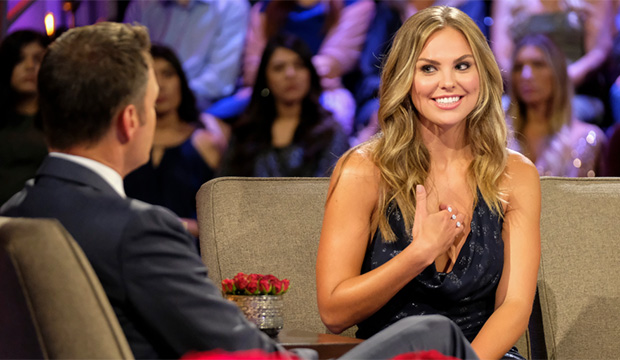 The “Dancing with the Stars” tour isn’t the only reason why Hannah Brown won’t headline “The Bachelorette” again. The Season 15 Bachelorette was producers’ “top choice” to return this summer, but the deal never came together because of a salary dispute, according to Reality Steve.

“Did they want Hannah Brown? Absolutely. She was their top choice but they couldn’t agree on money apparently and she’s out unless something drastic happens,” he wrote on his site.

While Reality Steve didn’t specify, that disagreement is probably what led Brown to join the “Dancing” tour for additional dates last week. The Season 28 champ will perform in six shows at the end of March, which conflicts with “Bachelorette” production dates.

One of the most popular Bachelorettes ever, Brown ended her season last year on a down note after her now ex-fiancé Jed Wyatt was revealed to have had a girlfriend at home while he was on “The Bachelorette.” Bachelor Nation has been clamoring for her to have a do-over, which she almost sorta did when she dropped by “The Bachelor” this season to tell Peter Weber she still had feelings for him. But she declined when he offered her a spot on the show (and also because she was still on “Dancing” at the time).

Last month, when asked if she’d do “The Bachelorette” again, the former beauty queen said that she didn’t have to do the show again to find love. “There was a lot of hard and bad about it. I mean, hello. Did we see my ending?” she said. “But there’s a lot of good that comes out of it too. I would never, like, completely bash the ‘Bachelor’ franchise. I think it’s had a lot of success in the people that are together are very happily together. So, of course, I want that, but it doesn’t have to be as the Bachelorette.”

So if it won’t be Brown, who’s next in line? Per Reality Steve, the show has auditioned at least three women, Kelsey Weier from this season of “The Bachelor,” Tayshia Adams from Colton Underwood‘s season and Tia Booth from Arie Luyendyk Jr.‘s installment.

“One thing I keep hearing is that they’re not gonna go with someone from Peter’s season. There may be something to that. I don’t know for sure,” he added, which would be bad news for Weier if true.

The new Bachelorette will be revealed on Monday’s “Good Morning America” as opposed to on the “After the Final Rose” special.