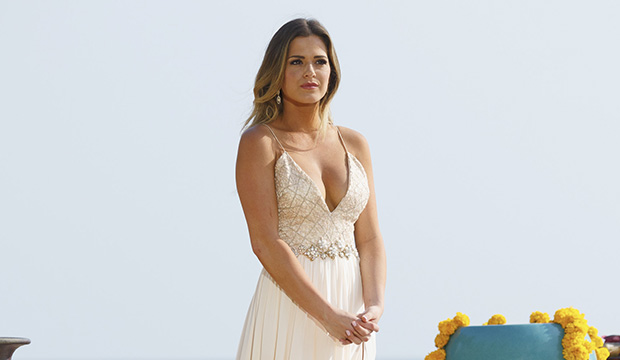 This really is going to be the most dramatic season ever. Not only do we have a new lead on “The Bachelorette” Season 16, but we’ll also have a new host — temporarily. Former Bachelorette JoJo Fletcher will fill in for Chris Harrison for two weeks as he’s re-quarantines.

Harrison had left the “Bachelorette” bubble — the La Quinta Resort & Club in La Quinta, Calif. — to drop his son, Joshua, off at college at Texas Christian University. He documented the event on Instagram on Tuesday. Upon Harrison’s return to California, he was required to undergo a mandatory two-week quarantine, per the show’s COVID-19 safety precautions, before he can return to set.

“The moment he got back, Chris was told he could not set foot back on the set until he went through another 14-day quarantine,” a source told “Us Weekly,” which first reported the news.

Just like that he’s gone. Thought dropping the big man off at college @texaschristianuniversity today was going to crush me but all I could feel is pride and excitement. Especially now, so grateful that they have this opportunity. Now go take on the world and have the time of your life my boy.

Harrison’s girlfriend, “Entertainment Tonight‘s” Lauren Zima tweeted an “ET” article about his quarantine, writing that the host “missing some filming.” “This was a pre-planned event done totally in coordination with production,” a source told “ET.” “There were no surprises.”

Fletcher headlined Season 12 of “The Bachelorette” in 2016. She and her pick, Jordan Rodgers, had planned to get married on June 13, but have postponed their nuptials due to the pandemic.

This, of course, is only the second biggest shakeup of the season, coming two weeks after Tayshia Adams replaced Clare Crawley as the lead after the hairstylist found love earlier than anyone expected.

“The Bachelorette” will air Tuesdays at 8/7c on ABC in the fall.