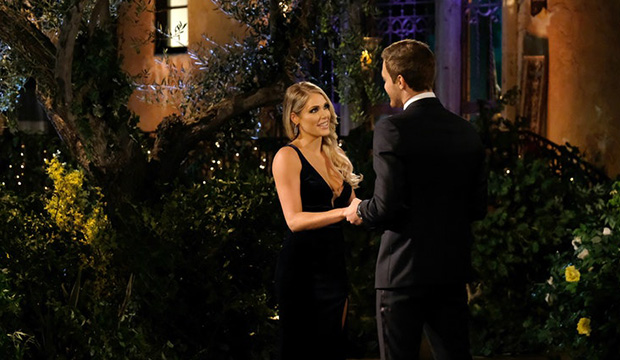 Kelsey Weier has rocketed up Bachelor Nation’s wish list to be the next star of “The Bachelorette” after Peter Weber broke her heart on “The Bachelor,” but the former Miss Iowa says that was never her endgame.

Asked by “People” at the “Women Tell All” taping if she’s down to headline “The Bachelorette,” Kelsey chose her words carefully. “Coming into this, that was never my intent or goal,” she said. “It was always to see if this actually could work for me. And I thought it could with Peter, but I haven’t been asked and honestly up until I started to figure out my feelings towards Peter, it’s never something that I’ve even thought about.”

A+ deflection here. It’s not a no or a yes, which probably the current state of her “Bachelorette” fate. According to Reality Steve, Kelsey was one of at least three women who’ve been interviewed for the gig, but the show is leaning towards casting a non-Peter alum.

Going against tradition, the next Bachelorette will be revealed on Monday’s “Good Morning America” instead of on the “After the Final Rose.”

SEE Twist: The new Bachelorette will be announced early, and this is what it probably means

Kelsey, aka the woman responsible for champagnegate, was eliminated during hometown dates in fourth place, which is the typical finish for subsequent bachelor(ettes), since fans would have the strongest attachment to people who had long stints. She also got a sympathetic “Bachelorette” edit in the episode, as she declared her love for Peter and told her family she was scared of getting her heart broken after opening up to him. But that’s precisely what happened — he cut her after admitting that he didn’t feel the same way about her.

“It’s hard to regret doing things differently just because I felt that way in the moment and those were my feelings,” Kelsey told “People” of her elimination. “But all I can say is I learned a lot about myself and that’s a positive that came from it. Are there things I wish I could have done differently? Yeah. But do I necessarily regret everything I did? No, just because it was a learning experience for me.”