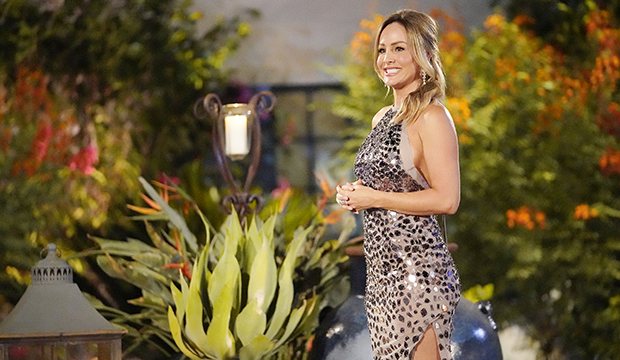 Love in the time of quarantine? That’s just one of the unprecedented realities Season 16 of “The Bachelorette” faces as the highly anticipated installment is set to premiere Tuesday.

In the latest ABC promo, Clare Crawley, gorgeous in a series of stunning gowns, is eager to hand out roses after a pandemic-induced delay and assesses the heated competition as 31 handsome suitors vie for her heart. Days seem confusing. Emotions are frazzled. “I have been waiting way too long for these kisses,” she beams at one point.

Yes, there are glimmers of romance from dates involving a ferris wheel and an awesome fireworks display. One suitor even imagines Crawley as his wife. But we all know there will be a price to pay. In fact, she seems totally blindsided by a suitor telling her that others have been lying to her. (Isn’t that standard practice by now?)

But we do see #TheBachelorette in your future 🔮

There’s also escalating tension when one suitor encourages 14 others to simply walk out. But will they really? Probably not. In dramatic fashion, we’re reminded that “even if you think you know what happens — you’re not that Clare-voyant.” (ABC, you’re such a tease!) And of course, no promo would be complete without Chris Harrison throwing the “historic” label around, capped off by the sight of Crawley in tears.

Season 16 is premiering seven months after production was postponed due to the pandemic. Filming commenced in July in a “Bachelorette” bubble at the La Quinta Resort & Club in La Quinta, California. But two weeks later, there was another curveball when news broke that Crawley had left the show after falling for one suitor and “Bachelor” alum Tayshia Adams was brought in to replace Crawley as the lead. ABC has not confirmed the switch-up, but it’s sure having a fun time teasing it.