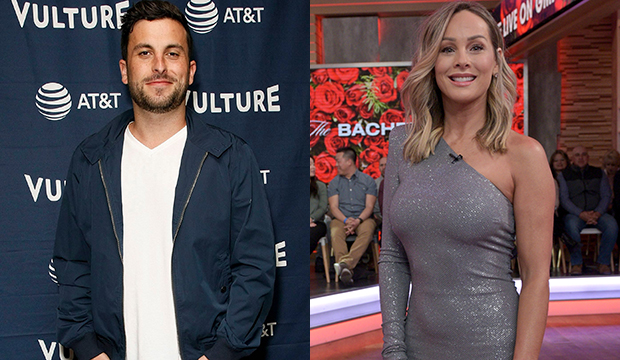 Fans weren’t the only ones side-eyeing the incredibly young group of men cast for Clare Crawley‘s season of “The Bachelorette.” Former “Bachelor in Paradise” winner Tanner Tolbert had the same reservations.

“I think she’s going to be good on TV because, let’s be honest, I don’t think Clare is going to take sh– from anybody,” Tolbert told “Us Weekly.” “Just speaking candidly, the original cast that they put out for her — not to be ageist, if that’s a thing — but there were not many guys close to her age.”

In March, ABC revealed the 32 men who would gunning to be the future hubby of 39-year-old Crawley, the oldest Bachelorette ever, and 23 of the guys were in their 20s, sparking criticism from viewers. After the coronavirus pandemic shut down production before a frame was even filmed, Crawley encouraged men to keep applying, which Chris Harrison later confirmed was happening because, as he noted, it’d be unrealistic to expect all previously cast 32 men to be available again whenever they’re able to shoot.

SEE ‘The Bachelorette’ being able to recast Clare Crawley’s men has been ‘the one positive’ of the delay, ABC exec says

Tolbert, who finished in eighth place on Season 11 of “The Bachelorette,” doesn’t think a large age difference is a “deal breaker,” but a smaller one might have a “higher success rate.” He hopes “the show uses this quarantine time to cast maybe some more close-in-age contestants.”

“She may fall in love with a 23-year-old and they’ll live happily ever after too. I’m cool with it,” the 33-year-old added. “I’m not trying to be ageist or anything like that, but I’m hoping they use that time.”

Mills explained last month that the short timeframe between the announcement of Crawley as the Bachelorette on March 2 and the scheduled production start date on March 13 prevented them from looking at more applicants.

SEE ABC confirms ‘The Bachelorette’ is aiming for a fall premiere, but ‘Bachelor in Paradise’ is stuck in purgatory

“I don’t think she’s dated anyone older than her, by the way. She’s only dated younger. So this wasn’t a horrible cast for her by any means,” Mills said. “But one of the problems was, we met with Clare, made the decision and announced her within the space of like four days, and then we had two weeks before we were gonna start filming, so there’s just so much time you can get. There’s a whole rigorous thing with background [checks], medical testing and everything.”

Since the show started recasting, there have been “a lot of guys applying, so that’s been the one positive about this whole thing,” Mills shared.

Producers are hoping to shoot the season in the summer with the cast and crew one location, nixing travel, for a fall premiere.