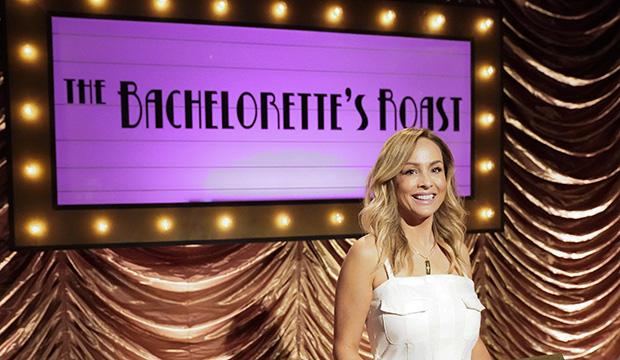 Bachelor Nation was shook in August when news broke that Clare Crawley was being replaced by Tayshia Adams on “The Bachelorette” after falling for a guy, Dale Moss, two weeks into production. We’ll finally see how it all goes down in a special episode airing Thursday (due to the election), but the moment when producers knew things would have to change has already aired.

During an interview on Nick Viall‘s “The Viall Files” podcast, Rob Mills, ABC’s head of alternative programming, shared that when Crawley withheld the rose on a group date, which Moss was not on, in Tuesday’s episode, TPTB knew “that was it.”

“At the time, it was sort of controversial. This is when it was really like, ‘Oh my God, like, we’ve really got to start thinking about this,'” Mills said of exploring options to replace Crawley. “When she didn’t give out that rose and just gave it to herself.”

Viall said he saw Crawley’s surprising move coming. “It’s like, ‘Dale’s not on this date. I’m just not going to give a rose,'” he remarked.

“Right. That was it,” Mills agreed. “That was really it. That was when we started making the call.”

During the second group date at a comedy roast in Tuesday’s episode, the guys, already resenting Moss’ front-runner status and the fact that they can barely get Crawley’s attention, took shots at the former NFL player, much to Crawley’s chagrin. Later at the cocktail party, she grilled them about their issue with Moss and announced she wasn’t giving out a rose, and then gave it to herself. “Clare, thank you for showing up tonight. I just want to let you know that I’m so proud of you for being bold, saying how you feel, speaking up, living your truth, and showing up for me,” she said. “You, tonight, deserve this rose.”

Earlier in the interview, Mills said producers have always discussed the possibility of replacing a lead, but usually as “what if?” fun that ultimately never goes anywhere. “We’ve always had that contingency in the back of our minds, ‘Well, what if a lead quits?’ There’s always been a worst-case scenario. It’s literally mentioned once in a breath and then never again,” he stated. “I think maybe sometimes you sort of fantasize about that, like, ‘That’d be so cool’ or ‘Wouldn’t that be great?’ But it never got beyond a speculative ‘what if?'”

Crawley and Moss will walk off into the sunset in Thursday’s episode, paving the way for Adams to take over. In the preview for the episode, as the remaining guys question what’s going to happen next, Adams climbs out of a pool, ready for her “Bachelorette” debut.

“The Bachelorette” airs a special episode on Thursday at 8/7c. It will return to Tuesdays at 8/7c on Nov. 10.