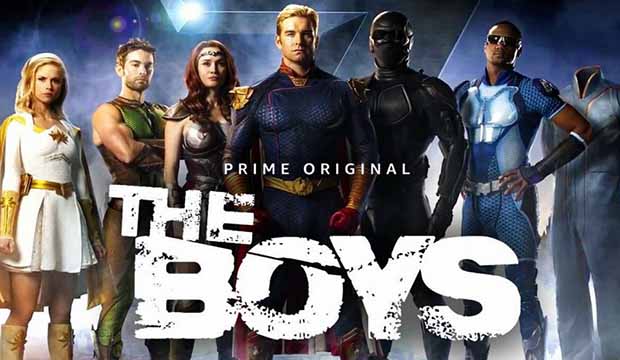 “Watchmen” broke the superhero barrier at the Emmys with its whopping 11 wins this year. That bodes well for Amazon Prime Video which has a strong contender in “The Boys,” its own take on the genre now in contention for its second season. “The Boys” premiered its second season on September 4, 2020 and stars Anthony Starr and Erin Moriarty as Homelander and Starlight, two superheroes aiming to steer a hero-as-product corporation known for its superhero group the “Seven” down the path of good rather than evil.

The first season flew too far under the radar to be noticed by voters. However, the sophomore edition of “The Boys” has landed with critics. On Rotten Tomatoes, season 1 holds a very respectable fresh rating of 84%, but increased that to a staggering 97% for season 2.

One of Amazon’s first original series was the alternate history show “Man in the High Castle,” a 10-time Emmy nominee that won twice (Cinematography and Main Title Design in 2016). In its four seasons, that show was nominated three times each for Cinematography, Production Design and Visual Effects. It also found success among the crafts with nominations from the Art Directors Guild, American Society of Cinematographers, Costume Designers Guild and Visual Effects Society. Because “Man in the High Castle” won’t compete this year, Amazon could see an uptick in attention for the flamboyance and flare that makes “The Boys” such a visually arresting show.

Its biggest strength may be its effects. “The Boys” is action-packed, often gory and flashy. Sound editors will like the set pieces involving explosions and gun fights while visual effects fans can appreciate the plethora of superpowers on display: laser beam eyes, lightning-energized hands and body-exploding strength. The costumes, which straddle the line of modern sex appeal and comic book tradition, are nothing to scoff at either.

Look for “The Boys” to make its first award splash when the guilds announce their television and feature film nominees in early 2021. Then keep the series top of  mind when we start making our predictions for the 2021 Emmys next Spring. For now, you can catch season 2 streaming via Amazon Prime.