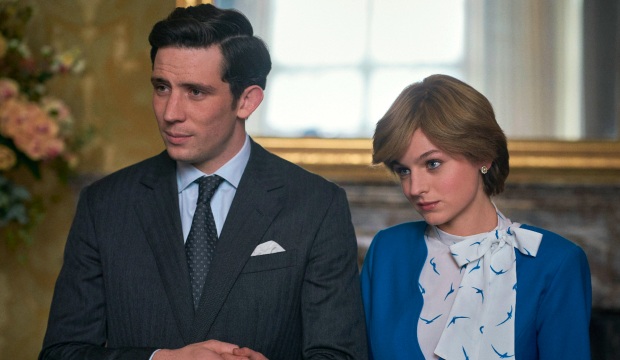 “The Crown” eyes dual Best Drama Actress nominations for the first time, as Netflix is campaigning Emma Corrin‘s portrayal of Princess Diana as a leading performance in direct competition with Olivia Colman‘s portrayal of Queen Elizabeth II. “The Crown” is further shaking up its awards strategy in its fourth season by swapping the categorization of its chief male actors: Tobias Menzies as Prince Philip contends now as a supporting actor and Josh O’Connor as Prince Charles takes his place in the lead race. (These changes do not affect the Screen Actors Guild Awards, which do not distinguish between leading and supporting work on television.)

Menzies was nominated last year for Best Drama Actor by the Golden Globes and Critics’ Choice, then snubbed by the Emmys and BAFTA. Matt Smith portrayed Philip in the first two seasons of “The Crown” and was campaigned as a lead for the first, receiving no major nominations. He continued to be snubbed with the second season until downgrading to supporting for the Emmys, there receiving his first and only major nomination for the performance. Whereas the scale of Smith’s role straddled the line between lead and supporting both of his seasons, Menzies’s role lessened considerably in the season that currently contends for awards.

O’Connor was snubbed as a supporting actor for his debut on “The Crown” last year by the Golden Globes and Critics’ Choice. Having appeared in only four of the third season’s 10 episodes, he was eligible to submit at the Emmys in the Best Drama Guest Actor category, but continued instead to contend in supporting. He was snubbed by the Emmys, but nominated by BAFTA. Charles appears in nine of the fourth season’s 10 episodes.

Netflix is further bullish on the awards chances of “The Crown” like never before. After Stephen Daldry was the only director and Vanessa Kirby as Princess Margaret was the only supporting actress submitted for each of the first two seasons, two directors (Benjamin Caron and Jessica Hobbs) and two supporting actresses (Helena Bonham Carter as Princess Margaret and Erin Doherty as Princess Anne) contended for the show last year. Netflix is now campaigning four directors (adding Julian Jarrold and Paul Whittington) and five supporting actresses (adding Gillian Anderson as Margaret Thatcher, Marion Bailey as the Queen Mother and Emerald Fennell as Camilla Parker Bowles).

With Stephen Boxer as Denis Thatcher joining Menzies in the supporting actor race, Netflix is campaigning all 10 of its main cast members for awards consideration, which starkly contrasts their conservative strategy three years ago of submitting only three: Claire Foy as Queen Elizabeth II, Vanessa Kirby and Matt Smith. Just as Netflix recategorized Smith between the Globes and Emmys for the second season, it remains to be seen if Netflix employs the same strategy for the fourth season at the Emmys as they are now for the winter awards. The Writers Guild of America nominated Peter Morgan last year for writing the “Moondust” episode, but he instead submitted “Aberfan” from the same season months later for the Emmys. 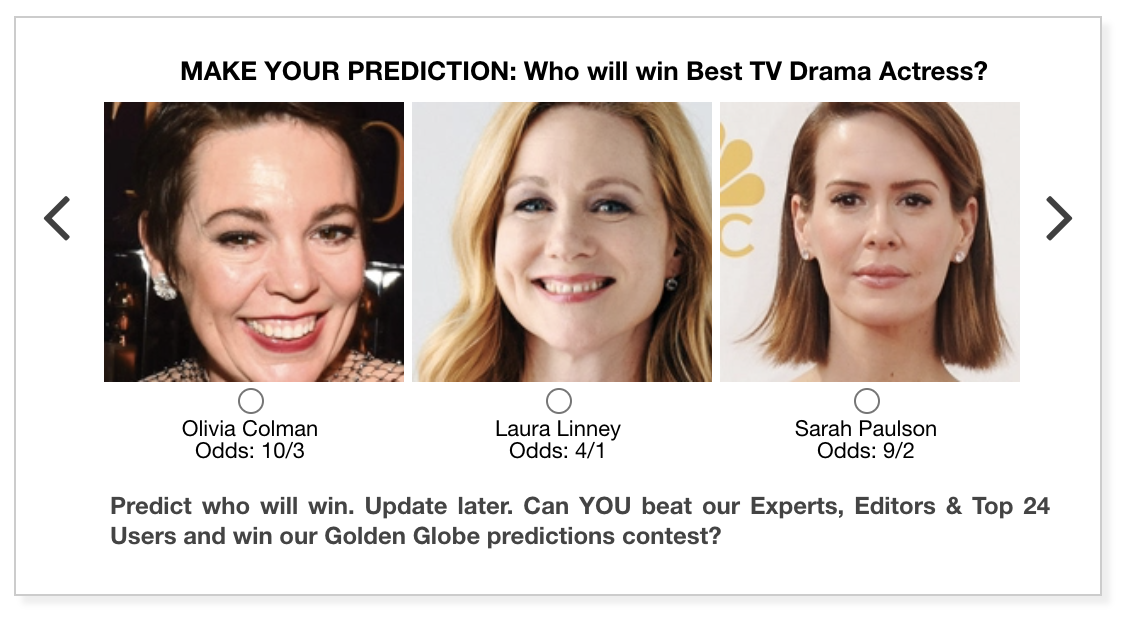