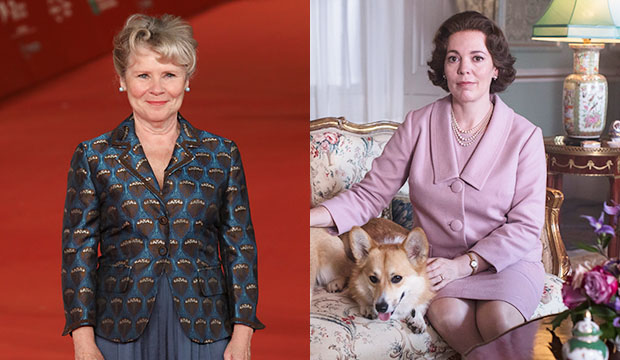 After months of rumors, Netflix confirmed on Friday that Imelda Staunton will play Queen Elizabeth II in the fifth season of “The Crown,” which will also be its final season.

While there’d been rumblings about Staunton’s casting, the biggest surprise is that the royal drama will end after Season 5, as it had long been expected to go six, with three sets of cast members playing the roles for two seasons each. But creator Peter Morgan said in a statement that he realized five is “the perfect time and place to stop.”

“At the outset I had imagined ‘The Crown’ running for six seasons but now that we have begun work on the stories for season five it has become clear to me that this is the “perfect time and place to stop,” he said. “I’m grateful to Netflix and Sony for supporting me in this decision.”

He added: “I’m absolutely thrilled to confirm Imelda Staunton as Her Majesty the The Queen for the fifth and final season, taking ‘The Crown’ into the 21st century. Imelda is an astonishing talent and will be a fantastic successor to Claire Foy and Olivia Colman.”

SEE Long live the queen! Olivia Colman joins a tiny group of actors with a 3-for-3 Golden Globe record

A British icon, Staunton has five Olivier Awards and won a BAFTA for “Vera Drake” (2004), for which she received a Best Actress Oscar nomination. She also has a Screen Actors Guild Award as part of the “Shakespeare in Love” (1998) ensemble and earned an Emmy bid for the 2012 TV movie “That Girl.”

“I have loved watching ‘The Crown’ from the very start. As an actor, it was a joy to see how both Claire Foy and Olivia Colman brought something special and unique to Peter Morgan’s scripts,” Staunton said in a statement. “I am genuinely honored to be joining such an exceptional creative team and to be taking ‘The Crown’ to its conclusion.”

Since we’ll only get one season of Staunton as Queen Elizabeth, she’ll just have one shot to follow in Foy’s and Colman’s award-winning footsteps. Foy won a Golden Globe, two SAG Awards and an Emmy for her turn as young monarch over the first two seasons. Colman has bagged a Globe and a drama ensemble SAG Award, and is a shoo-in to score an Emmy nomination later this summer for the third season.

The fourth season of “The Crown,” which will introduce Emma Corrin as Princess Diana, is expected to arrive later this year.