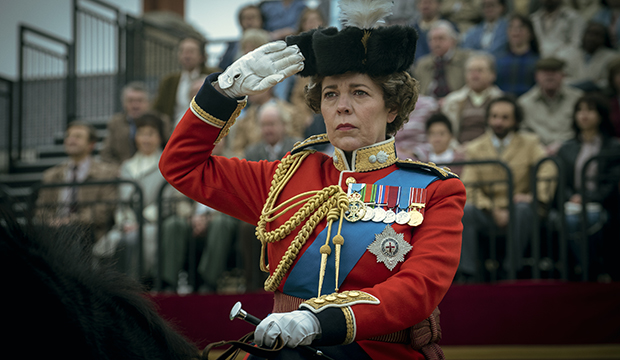 “The Crown” ruled the Golden Globes with its first season, snagging Best Drama Series in 2017, but it was dethroned for its second and third installments. However, with reigning champ “Succession” ineligible and a smaller, coronavirus-impacted slate, the royal drama leads our early odds to pick up its second series trophy in unprecedented fashion.

If “The Crown” prevails in February with its fourth season, which drops Nov. 15, it would be the first show to win non-consecutive drama series Globes after suffering a loss. The Netflix series fell to “The Handmaid’s Tale” for its second season in 2018 and to “Succession” for its third in January. In other words, no drama has won, lost and then won again.

One other show has taken home non-consecutive drama series statuettes: “The X-Files,” which is fitting since Gillian Anderson plays Margaret Thatcher in Season 4 of “The Crown” and tops our supporting actress odds. But the sci-fi classic never reclaimed the title after a loss: It won its first Globe in the middle of its second season in January 1995, wasn’t even nominated the following year, and then — against all odds and Globe trends — returned and won the next two years. It had a 3-0 record until it lost on its fourth and final nomination to “The Practice” in 1999.

SEE Prepare yourselves for another ‘Crown’ coronation at the Golden Globes

Of last year’s drama series lineup, only “The Crown” and “Killing Eve” are eligible to return. Production on new seasons of “Succession” and “The Morning Show” have been delayed due to COVID-19, while there are currently no plans for a third season of “Big Little Lies.”

Trailing “The Crown” in our odds are four shows that have never been nominated for the top prize before: “Ozark,” “The Mandalorian,” and new series “Lovecraft Country” and “Perry Mason.” We all know how much the Hollywood Foreign Press Association loves new blood, so “The Crown” being AARP-eligible in the Globe world at the age of 4 could be a detriment. However, the HFPA clearly hasn’t moved past “The Crown” yet as Olivia Colman nabbed Best Drama Actress honors in January — following in predecessor Claire Foy‘s Globe-winning footsteps — and the show cycling in new actors every two seasons keeps it fresh, so to speak. The fourth season sees the introduction of Anderson and Emma Corrin as Princess Diana as it wraps up the “middle” era of Queen Elizabeth II‘s (Colman) reign.