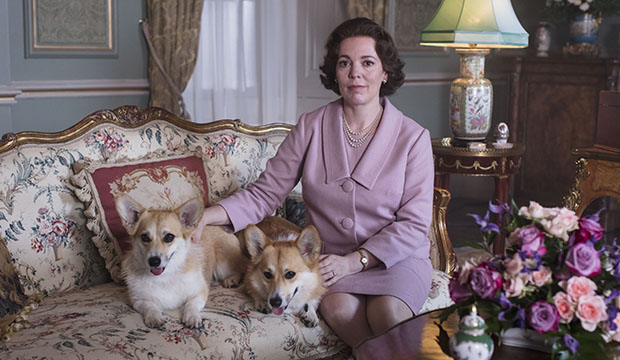 With this year’s Golden Globe winner “Succession” not able to repeat at next year’s ceremony, get ready for “The Crown” to dominate … again. Netflix’s regal drama is already a favorite of the Hollywood Foreign Press Association, and with smaller competition due to the coronavirus pandemic, it could be smooth sailing for Season 4, which debuts November 15. The show has already taken home top Golden Globes for Best TV Drama Series in Season 1, Best Drama Actress (Claire Foy) in Season 1 and Best Drama Actress (Olivia Colman) in Season 3.

Remember, even though the current film awards eligibility has shifted to Jan. 2020-Feb. 2021 for the Oscars, Golden Globes and more kudos, the Globes are sticking to the calendar year of Jan. 2020-Dec. 2020 for television. That means of last year’s five drama series nominees, only “The Crown” and “Killing Eve” are eligible to compete again. Neither “Succession,” “Big Little Lies” or “The Morning Show” are expected to air any new episodes within the 2020 calendar year.

Besides “The Crown” and “Killing Eve,” some other returning dramas to watch for at the 2021 Golden Globes include recent Emmy contenders “Better Call Saul,” “The Mandalorian,” “Ozark,” “This Is Us” and “Westworld.” Of course, there will be lots of new blood for HFPA members to wade through when it comes time to start marking their ballots — and we all know the Globes love being first to recognize new series.

In addition to returning cast members Colman (Queen Elizabeth II), Tobias Menzies (Prince Philip) and Helena Bonham Carter (Princess Margaret), the fourth season will introduce Gillian Anderson as Margaret Thatcher and Emma Corrin as Princess Diana. “The Crown” is midway through depicting the second “era” of the popular British royal family. The original cast in Seasons 1 and 2 featured Foy, Matt Smith and Vanessa Kirby as the three main roles. They’ll be recast yet again for Seasons 5 and 6 with Imelda Staunton, Jonathan Pryce and Lesley Manville taking over.

Here’s how Netflix teases “The Crown” Season 4: “As the 1970s are drawing to a close, Queen Elizabeth (Olivia Colman) and her family find themselves preoccupied with safeguarding the line of succession by securing an appropriate bride for Prince Charles (Josh O’Connor), who is still unmarried at 30. As the nation begins to feel the impact of divisive policies introduced by Britain’s first female Prime Minister Margaret Thatcher (Gillian Anderson), tensions arise between her and the Queen which only grow worse as Thatcher leads the country into the Falklands War, generating conflict within the Commonwealth. While Charles’ romance with a young Lady Diana Spencer (Emma Corrin) provides a much-needed fairytale to unite the British people, behind closed doors, the Royal family is becoming increasingly divided.”