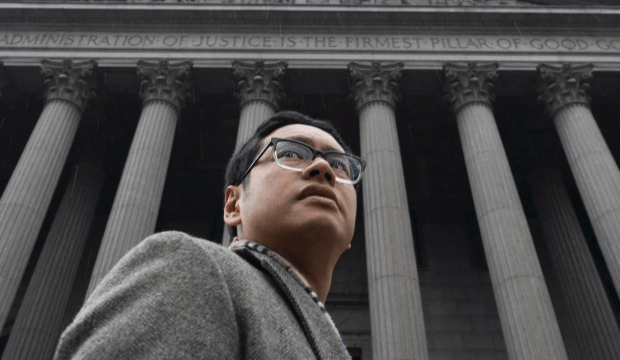 After premiering at the Sundance Film Festival earlier this year, “The Fight,” is now looking to battle its way into the Oscar race for Best Documentary Feature. At Sundance, this Magnolia Pictures + Topic Studios release premiered to stellar reviews and took home the honor for U.S. Documentary Special Jury Award for Social Impact Filmmaking. The film, from Eli B. Despres, Josh Kriegman and Elyse Steinberg, is currently available to stream on Hulu.

“The Fight” follows several lawyers who work for the American Civil Liberties Union (ACLU) who are each working on a specific case that challenges the policies of Donald Trump’s administration. Lee Gelernt is arguing cases for migrant parents who have been separated from their children and are desperate to have their family reunited. Joshua Block and Chase Strangio are representing a transgender man that’s currently enlisted in the military and challenging Trump’s ban on trans service members. Brigitte Amiri works on reproductive health issues and is representing a detained migrant who is being prevented from getting an abortion. David Ho is preparing to argue in front of the Supreme Court about whether the Commerce Department is allowed to add a citizenship question to the U.S. Census.

Under many circumstances, this could just be another film that highlights the atrocities of the current administration. But the filmmakers manage to make it thoroughly engrossing in how they show these lawyers at work. Seeing the frantic pace that these (mostly) young people are working at underscores how quickly things are moving in these cases and brings the tension over whether or not they succeed to the forefront. Seeing some of their victories is also one of the most rewarding things to witness, especially since it balances out the horrid policies they’re fighting against. Seeing David Ho preparing to argue his case in front of SCOTUS (his first) followed by reading the Supreme Court opinion and thinking he lost the case, only to realize moments later that he had, in fact, prevailed was particularly enjoyable.

The reviews for the movie have been extremely positive. It currently has a 98% “fresh” rating on Rotten Tomatoes. Ann Hornaday of The Washington Post wrote that it’s an, “engrossing and ultimately inspiring examination of ideals in action.” Jake Coyle of the Associated Press said that, “What most vividly comes across in ‘The Fight’ is the never-ending nature of freedom and democracy.” Over at The New York Times, Ben Kenigsberg says that, “The movie is concerned not with simple boosterism but with showing the inner workings of building a case.”

The acclaim the film has received make it a solid contender for the Oscar. It would the first to focus on the Trump presidency. That is understandable as the administration only started in 2017 and these documentaries can take years to complete. Other films about American politics to make the cut recently include “RBG” and “I Am Not Your Negro.”