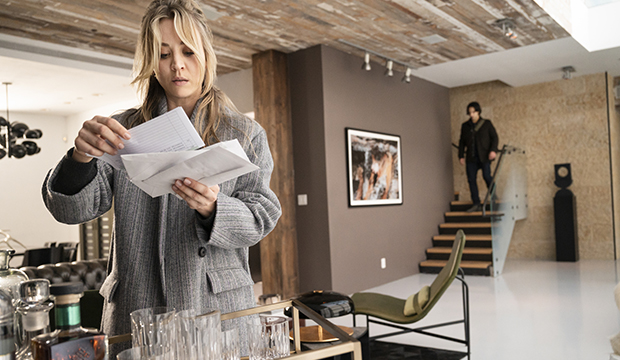 Kaley Cuoco has taken flight in our combined Golden Globe predictions and she may go even higher. Less than two weeks after “The Flight Attendant” concluded its first season, she has cracked the Best TV Comedy/Musical top five, sitting in fifth place at 10/1 odds.

Jane Levy was the victim of Cuoco’s rise, falling one spot to sixth. But don’t count out a Levy comeback — “Zoey’s Extraordinary Playlist” kicks off its second season on Jan. 5 (only the first season is eligible at the Globes) and the NBC show puts the “musical” in the category name.

Since “The Flight Attendant’s” Thanksgiving premiere on HBO Max, Cuoco, who’s also an executive producer, has enjoyed a gradual ascension as buzz grew for the show and her stellar performance as the titular character who wakes up to find her one-night stand dead in bed. Even when the dark comedy was initially placed in drama, Cuoco made it all the way to sixth place in our Best TV Drama Actress odds. After the switch to comedy on Dec. 3, the “Big Bang Theory” alum debuted in eighth place and kept climbing from there.

This would be Cuoco’s first Globe nomination, which may be a surprise given her lengthy TV career and having headlined the longest-running multi-camera sitcom in history. Ahead of her are Emmy champ Catherine O’Hara (“Schitt’s Creek”), Elle Fanning (“The Great”), Issa Rae (“Insecure”) and Christina Applegate (“Dead to Me”). Applegate is the only nominee from last year’s lineup who’s eligible to return, so it’s ostensibly an open category, and with the Globes’ love of new shows, that gives freshman contenders like “The Flight Attendant” and “The Great” an edge (and the former is newer than the latter, which premiered in May).

Meanwhile, “The Flight Attendant” itself, which has been renewed for a second season, has crept up to sixth place in our Best Comedy/Musical Series odds.