“Arthur Howitzer Jr. transformed the series of travelogue columns into The French Dispatch, a factual weekly report on the subjects of world politics, the arts high and low, and diverse stories of human interest,” says the narrator in “The French Dispatch,” whose trailer premiered on February 12. Watch it above.

And you can also tell it’s a Wes Anderson movie from the cast it assembles. His frequent collaborator Bill Murray plays Howitzer, and he’s joined by many other players Anderson has worked with before, including Owen Wilson, Tilda Swinton, Frances McDormand, Adrien Brody, Saoirse Ronan, Lea Seydoux, Edward Norton, Willem Dafoe and Mathieu Amalric, in addition to Anderson newcomers Jeffrey Wright, Elisabeth Moss and Timothee Chalamet.

Could it win Oscars? Though “Grand Budapest” was Anderson’s biggest hit with the academy, winning four awards out of nine nominations, the filmmaker himself lost his writing, directing and producing bids for the film. To date Anderson has contended for seven Oscars without a win. “Dispatch” continues his partnership with Searchlight Pictures — formerly known as Fox Searchlight before Disney’s takeover of 20th Century Fox. The studio has won Best Picture four times over the years: “Slumdog Millionaire” (2008), “12 Years a Slave” (2013), “Birdman” (2014) and “The Shape of Water” (2017).

And though this film has a summer release date (July 24), its themes about journalism may continue to strike a chord in an election year when we’re very likely to see political threats and antagonism against the free press. What do you think? Vote in our poll below to give us your very preliminary, way too early take on the film’s 2021 awards chances. 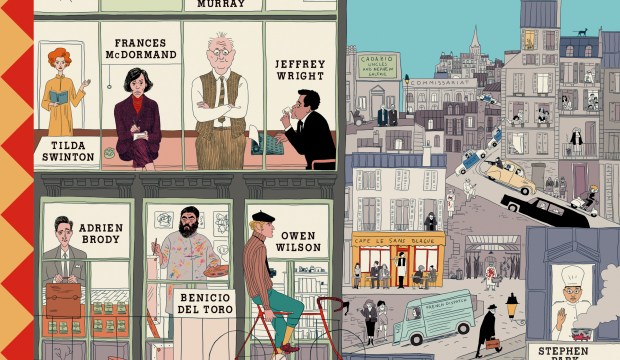