The premiere episode of the fourth season of the CBS All Access show “The Good Fight” kicked off with a smartly done stand-alone alternate-universe episode that imagines what would have happened if Hillary Clinton had been president as experienced by star Christine Baranski‘s lawyer Diane Lockhart. Its signature opening credits visual that depicts wine bottles explode and fine china teapots shatter was rewound into reverse.

But our real-life world order is in a state of chaos now that the coronavirus pandemic has changed the path of normal life as we knew it just a few months ago. Like almost every business, the entertainment industry is suffering from the need to isolate people from one another. Those fans who’ve watched the second episode of “The Good Fight” this week learned at its conclusion via a video that its schedule has been affected and viewers will have to wait a week until April 30 for the third episode to stream.

We first see Baranski saying, “Hello from ‘The Good Fight’ family. We hope you’re well and staying safe during this difficult time.” One of the behind-the-scenes talent explains, “We were shooting our current season when we shut down and cast and crew  were sent home.” Actress Cush Jumbo (Lucca Quinn) is then shown in her home and sheltering in place. We also see a writer, an editor, actress Sarah Steele (Marissa Gold) and others who contribute to the making of the show being secure in their home environments.

Actor Michael Patrick Boatman (Julius Cain) says, “We want to thank you for watching our show and explain why we’re off next week.” Then cast member Nyambi Nyambi (Jay DiPersia) adds, “Working at home has delayed many aspects of post-production and we need one week to catch up.” The show’s married creators Robert and Michelle King also make an appearance, explaining the complicated process of remotely putting the finishing touches on future episodes.

However, you wouldn’t expect a series that often indulges in musical interludes to not try to brighten our current reality, would you? Of course, the cast and crew decide to do a group sing-along of “You Are My Sunshine.” Given that Barnaski and co-star Audra McDonald (Liz Lawrence) have considerable vocal chops, this group rendition of this pick-me-up chestnut will have you smiling. Watch the video above to the end and enjoy. 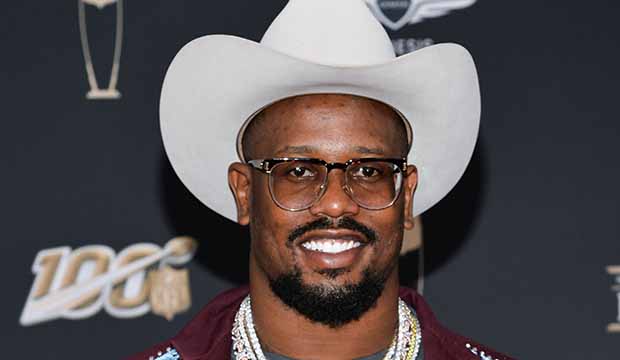