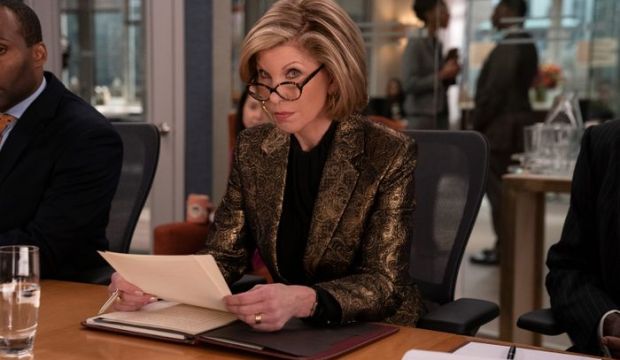 In the stunning fourth season premiere of CBS All Access’ “The Good Fight,” Christine Baranski‘s Diane Lockhart bemoans a judicial ruling she deems unfair, saying, “Justice is an equation… you need the mood of the times on your side.” Unfortunately for Baranski, the mood of the Emmy voters seems to perpetually shy away from this brazen and brilliant legal and political thriller, as the show missed out on major Emmy nominations for the fourth consecutive year.

Yes, “The Good Fight” can forever claim that it’s an Emmy-nominated series––in 2017 and 2018 it nabbed below-the-line nominations for Main Title Theme and Original Music and Lyrics, respectively. But to continue to deny the cast and writers of one of the most shrewd and daring drama series feels particularly galling, especially given the show’s always-impressive timeliness and its diversity in front of and behind the camera.

In the most recent season alone, “The Good Fight” envisioned the potential downsides of an alternate reality under a President Hillary Clinton, debated reparations, explored the power dynamics of an interracial office romance, litigated Iraq War war crimes, grappled with race and transgender women in US Olympic Sports, and even investigated the suspicious death of Jeffrey Epstein. The overarching narrative for the season followed the mysterious Memo 618, a seemingly universal judicial exemption for the rich and powerful that Diane tackles head-on. Although left incomplete because of COVID-19, Memo 618 proved to be series creators Michelle King and Robert King‘s most incisive condemnation of American politics and the justice system to date.

Though the savvy Emmy prognosticators at Gold Derby have wised up to the Emmy’s apathy toward “The Good Fight,” some of our experts thought its terrific fourth season might sneak into a few key categories. With Drama Series expanded to a guaranteed eight slots this year, Jen Chaney (Vulture) predicted a surprise Series bid. Two experts––Jazz Tangcay (Variety) and Matt Webb Mitovich (TVLine)––thought Baranski would surprise in the über-competitive Drama Actress lineup, while Kelly Lawler (USA Today) predicted Delroy Lindo to break into the expanded Drama Supporting Actor race.

Far and away the most likely “Good Fight” nomination this year looked to be in Drama Guest Actor, where Michael J. Fox competed for the series for the first time. Fox earned five bids for the role of Louis Canning on the show’s predecessor “The Good Wife,” which made the beloved star seem like a potential contender this year. Despite the negative track record of “Good Fight” in the Guest Acting categories––it’s gone 0-for-6 with likely nominees in its first three seasons––seven of our Emmy experts thought Fox would stem the tide and land the show its first major Emmy nomination.

The snubs certainly are not for lack of trying, though. Above and beyond the standard “For Your Consideration” campaign, ViacomCBS made the critically-lauded season premiere available for free on YouTube, which quickly racked up over 350,000 views in just a week, and opened access to nine other episodes from the series’s run. The premiere script was also made available for download in a push to get the standout installment a richly-deserved Drama Writing bid.

These stinging Emmy oversights aside, a much-anticipated fifth season of the series is already on the docket, so Baranski, Audra McDonald, and co. will continue to fight “the good fight,” and perhaps one day Emmy voters will pay adequate attention.