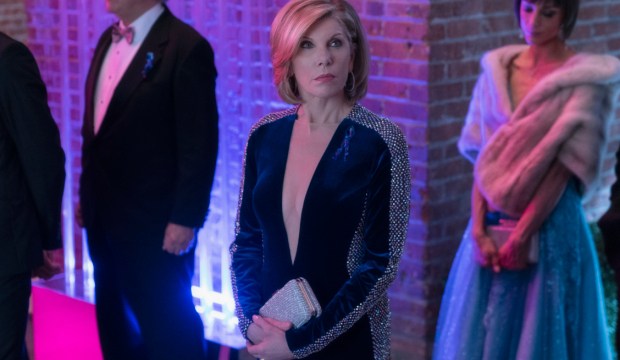 TV critics have been quite enamored by “The Good Fight,” CBS All Access’ spin-off from “The Good Wife,” which aired for seven seasons from 2009 to 2016. On its third season last year, the streaming series that launched in 2017 continued to hold up a mirror that reflected many of the conflicts and controversies in our nation’s legal system that have sprouted during the Trump administration.

But despite mostly positive reviews, “The Good Fight” has been mostly ignored come Emmy time save for its musical contributions — unlike its broadcast predecessor, which collected 39 nominations and five acting wins. Perhaps, this might be the year that Emmy salutes this highly relevant, thoughtful and well-acted show.

From the very first episode when Christine Baranski‘s attorney Diane Lockhart was in a state of shock by the outcome of the presidential election, the show created by Robert King, Michelle King and Phil Alden Robinson builds upon our current realities with both gravity and humor, whether the #MeToo movement or Eric and Donald Jr.’s penchant for big-game hunting. The third season gave us the outrageous, disreputable, unethical and obscenely eccentric attorney Roland Blum.  As played with fearsome flair by Welsh actor Michael Sheen, this acolyte of the notorious Roy Cohn was given to sucking on fentanyl lollipops and making such pronouncements as “You never, ever apologize.”

The new 10-episode season finds Reddick, Boseman & Lockhart “navigating a very different landscape,” according to CBS’ synopsis.  “After they lost their biggest client, Chumhum, and their founding partner’s name was tarnished, Reddick, Boseman & Lockhart was forced to accept an offer by a huge multi-national law firm, STR Laurie, to become a small subsidiary.” That means all decisions can be second-guessed while Diane and company are struggling with their lack of independence.

Robert King revealed to TVLine that this 4th round will focus less on Trump personally and more on the chaos his reign has wrought legally.  “We’re going to comment more on what the current political situation is doing to the law, and some of that has to do with Trump directly but a lot has to do with the collateral damage of the of the dropping of present-day values and guidelines.” That includes the administration’s habit of snubbing subpoenas as the courtroom drama digs into what happens when rules don’t matter. King also revealed to Entertainment Weekly that Larroquette will play one of the new “uber-lawyers” who hold the reins.