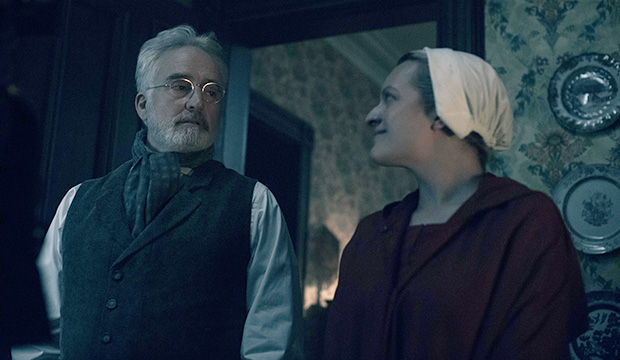 Last year, Bradley Whitford became the first man to win both drama guest and comedy guest actor categories following his victory for “The Handmaid’s Tale,” which came four years after his win in the latter for “Transparent.” He can carve out some more Emmy history this year with “Handmaid’s”: Competing in Best Drama Supporting Actor now, Whitford has a chance to be the first multiple winner for two shows in the category.

The actor already has a supporting statuette for “The West Wing” from 2001, prevailing on the first of three consecutive bids for the seminal drama. He hasn’t been nominated there since 2003, and the category itself is not as friendly to repeat winners as some other ones at the Emmys (see: Best Comedy Actor, where 16 men have won at least two). Six people have won drama supporting actor more than once — but all for one show:

Upgraded to series regular for the third season of “Handmaid’s,” Whitford is in fifth place in our odds. His Commander Lawrence was a major part of the season, as he stealthily worked with June (Elisabeth Moss) to help children escape the oppressive regime he co-founded.

Aiding the three-time Emmy champ is the fact that the dystopian drama is an acting force at the Emmys, claiming six statuettes for its performers from 14 nominations, including both guest categories last year for orphaned episodes — one in which guest actress winner Cherry Jones barely had any screen time (she, too, was shocked she won). In fact, Whitford is the first and only male star to triumph for “Handmaid’s” so far.

As our odds currently stand, Whitford is also the only former Emmy winner in our predicted top six, so that familiarity could help him as well. Jonathan Banks — the only person to be nominated for three shows in the category — is in first for “Better Call Saul,” followed by three people seeking their first bids, Billy Crudup (“The Morning Show”), Kieran Culkin (“Succession”) and Tom Pelphrey (“Ozark”). Two-time nominee David Harbour (“Stranger Things”) is in sixth.