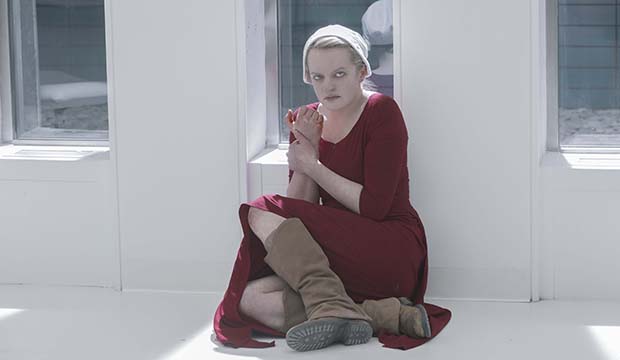 If you can’t wait to return to Gilead, well, you’ll have to be a bit more patient — and be prepared for a shorter visit than you’re accustomed to. Season 4 of “The Handmaid’s Tale” will only have 10 episodes and will premiere this fall, its latest launch yet.

“Season 4 will be in the fall,” executive producer Warren Littlefield told reporters at Thursday’s Television Critics Association press tour after a panel for FX’s “Fargo,” on which he also serves as executive producer. “We’ll start principal photography March 2 and we’ll be on in the fall.”

Hulu, which will be at TCA next Friday, has not announced a date yet, but “The Wrap” has confirmed with a source that the projected fall premiere is accurate.

“Handmaid’s” dropped its first two seasons in April 2017 and 2018, respectively, and its third season last June. And after two consecutive seasons comprised of 13 episodes each, the fourth installment will revert back to the Season 1 total of 10. Showrunner Bruce Miller told our sister site “IndieWire” that that the truncated order was “100 percent creative.”

SEE Can ‘The Handmaid’s Tale’ finally nab its maiden ensemble win at the SAG Awards?

“Some storylines just seem to shake out as a 10-episode story, in my eyes,” Miller said, adding that Hulu and MGM, which produces the show, supported the cutback. “I feel like it gives us a little more freedom because you can rely more on one propulsive element.”

A fall premiere means the fourth season will be eligible for the 2021 Emmys, which is fine since the third season will be eligible for this year’s ceremony. Of course, “Handmaid’s” has never missed an Emmy cycle, as Hulu savvily submitted the final three episodes of Season 2 that aired after eligibility in 2018 as orphaned episodes last year, resulting in 11 nominations — the second most for a drama series in 2019 — and three wins, including both guest acting categories.

Last month, the TV academy tightened its rule regarding hanging episodes, allowing episodes that air after the May 31 deadline to be eligible for the current year if they are made available to voters on the academy’s streaming platform or the network’s own platform in their ready-to-air form. (In the case of limited series, if hanging episodes not made available, the entire project won’t be eligible until the following year.)