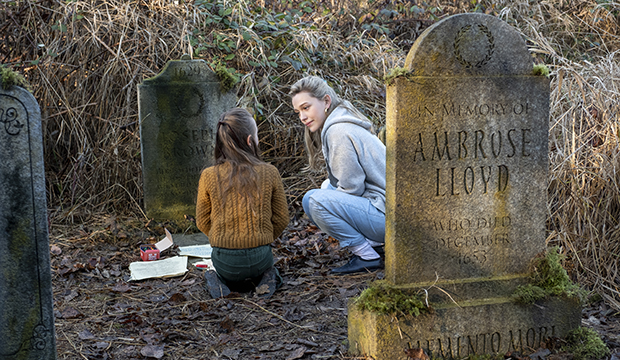 Netflix’s “The Haunting of Hill House” was an unexpected Halloween treat in 2018. Horror master Mike Flanagan expanded on Shirley Jackson’s novel in surprising and terrifying ways. Despite delighting fans of the genre and TV critics, “Hill House” was overlooked at the Golden Globes. Now Flanagan is back with his follow up, “The Haunting of Bly Manor,” and is aiming for some awards season revenge.

“The Haunting of Hill House” earned critical acclaim (it sits at an impressive 93% on Rotten Tomatoes) and industry praise. It secured nominations from the Writers Guild and Art Directors Guild, plus our readers nominated it for Best Limited Series and Lead Actress in a Limited Series (Carla Gugino) at the Gold Derby Awards. The omission at the Globes was unusual given the HFPA’s love of new hows and their fondness for another spooky anthology series: “American Horror Story.” That Ryan Murphy franchise nabbed acting wins for Jessica Lange (“Murder House”) and Lady Gaga (“Hotel”).

Perhaps “Hill House” was simply too terrifying for Globe voters. The one-two punch of “The Bent Neck Lady” and “Two Storms” was enough to make even the bravest viewer cover their eyes in fear. “Bly Manor” has chills for certain, but overall it is a tamer beast than its predecessor. As the narrator plainly points out, “Bly Manor” is a love story as much as a ghost story.

The tale takes inspiration from Henry James’ gothic classic “The Turn of the Screw.” Though Flanagan ditches the original period setting for the 1980’s. Victoria Pedretti returns after her stint in “Hill House” to play Dani, an American woman who accepts a live-in tutor job at Bly Manor in the English countryside. The house is armed with a sinister dollhouse, a ghastly figure by the lake, and two children who know more than they let on. But Dani arrives at the job already haunted by a figure from her past. As she confronts her past in order to thrive in the present, she learns of the house’s history with doomed lovebirds. She does her best not to repeat that trend when Bly offers her a new romance.

Pedretti is a strong contender in Movie/Mini Actress. With only a few roles under her belt (she was also outstanding in Season 2 of “YOU”), she has showcased immense range and has thus far presented wildly different characterizations in each of her projects. The Globes love throwing a bone to up and coming performers, and Pedretti’s heartfelt performance should be right up their alley.

“Bly Manor” has an abundance of supporting players who make the most of their screen time with awards worthy performances. Chief among them is T’Nia Miller, who anchors the most mind bending episode of the series as a woman gone mad in a cycle of grief. Henry Thomas also surprises by shedding his good-guy image with an unnerving doppelganger sequence that seems taken from the “Twin Peaks” playbook.