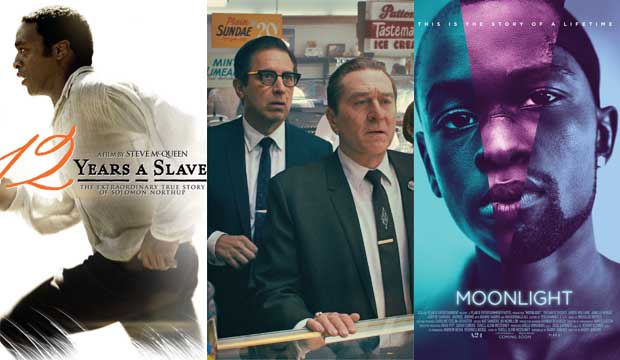 According to our official Golden Globe racetrack odds, “The Irishman” will win Best Film Drama. That’s the good news. However, we’re predicting that that’s the only award it’ll win. That’s the bad news. But maybe not so bad. That’s exactly what happened to “12 Years a Slave” (2013) and “Moonlight” (2016), and both of those films went on to win Best Picture at the Oscars.

“12 Years a Slave” had seven Globe nominations, but that year “American Hustle” was the big winner with three victories including Best Film Comedy/Musical. “12 Years” won the equivalent dramatic prize, but it lost Best Supporting Actress when the two films went head-to-head: Lupita Nyong’o was overtaken by “Hustle’s” Jennifer Lawrence, though that result was ultimately reversed at the Oscars. Elsewhere, the film lost Best Screenplay to “Her,” but the Oscars have separate categories for original and adapted scripts, so both films were able to win writing prizes there.

So even if “The Irishman” only wins Best Film Drama, the path is still wide open at the Oscars. But we could also be underestimating the Netflix gangster epic at the Globes. Our odds rank the film second for Best Supporting Actor (Al Pacino) and Best Director (Martin Scorsese). So it could win three times as easily as it wins once. The Globes are decided by fewer than 100 international journalists who make up the Hollywood Foreign Press Association, so it doesn’t take very many voters to turn the results on their head.