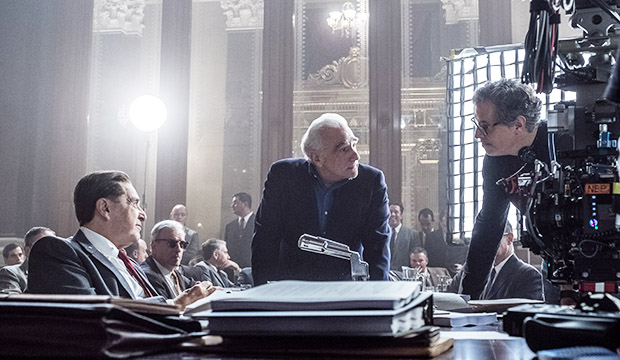 Martin Scorsese is certainly a Golden Globes favorite, with three victories for directing “Gangs of New York” (2002), “The Departed” (2006) and “Hugo” (2011). Yet when it comes to their Best Film categories, he’s been far less successful, with a single victory for “The Aviator” (2004) 15 years ago. That losing streak could finally be broken with “The Irishman,” a meditative mob epic that’s emerged as a major frontrunner.

According to our racetrack odds, the Netflix release is out front to win Best Drama Film with odds of 69/20. Close behind are “Joker,” “Marriage Story,” “1917” and “The Two Popes.” Oddly enough, it’s the only award the movie is predicted to receive, although it could very well surprise in Best Director, Best Supporting Actor (Al Pacino or Joe Pesci) or Best Screenplay (Steven Zaillian).

Prior to prevailing in Best Drama Film for his Howard Hughes biopic, Scorsese contended in the category for “Raging Bull” (1980), “GoodFellas” (1990), “The Age of Innocence” (1993) and “Gangs of New York,” earning an additional bid in Best Comedy/Musical Film for “New York, New York” (1977). Oddly enough, he didn’t take that prize for “The Departed,” which brought him his career-first Oscar wins for Best Picture and Best Director. He subsequently contended in drama for “Hugo” and in comedy for “The Wolf of Wall Street” (2013).

SEE Will ‘The Irishman’ win ONLY Best Picture at the Golden Globes? That’s OK, so did ’12 Years a Slave’ and ‘Moonlight’