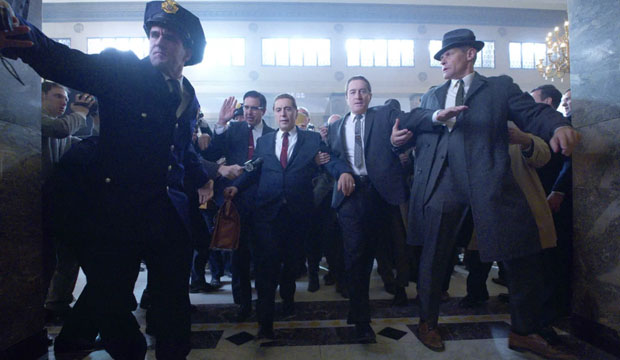 “The Irishman,” which is up for 10 Oscars, could possibly become the fourth-longest Best Picture winner in the 92 years of the Academy Awards with a running time of 3 hours and 30 minutes. That is just one of the impressive numbers racked up by Martin Scorsese‘s epic-length investigation of gangland violence and labor union corruption.

SEE All 25 Martin Scorsese films ranked from best to worst

In fact, the Netflix production is fully committed to its bigger is better philosophy. Here are some more staggering statistics behind the filmmaker’s 25th feature film starring Robert De Niro, Al Pacino and Joe Pesci:

But if there is one detail that has provided both humorous quips during award shows as well as numb-butt syndrome complaints, it is definitely the length of the film. But this streaming-site movie can be stopped and started again at will. And, just to let you know, “The Irishman” is in good company among extended running times. According to IMDB, here are the top 10 longest Best Picture winners in the Oscar annals (NOTE: Length does not include overtures, intermissions, etc.)

As you can see, there is a grand tradition of tipping over the three-hour mark when it comes to some of the greatest films in cinematic history and “The Irishman” might soon join them.