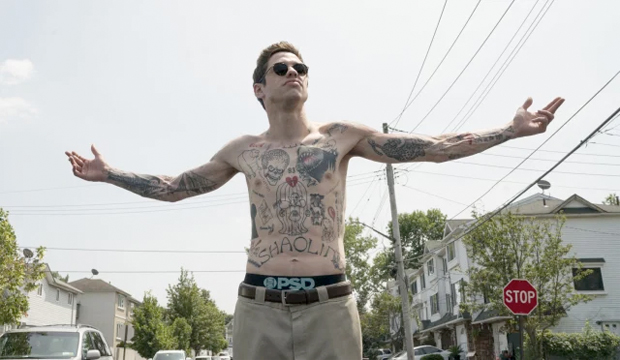 Throughout history comedies have had a rocky relationship with the Academy Awards, often being overlooked for films that pour on the drama. That’s why the Golden Globes are often seen as the celebratory event for the funniest movies of the year, with special categories for the comedy film, actor and actress. In 2017, however, the Globes shockingly snubbed one of the most acclaimed films of the year, “The Big Sick” from producer Judd Apatow (ironically writers Kumail Nanjiani and Emily Gordon received Oscar nominations for Best Original Screenplay). Now they have an opportunity to make amends with Apatow’s hottest contender of the year, “The King of Staten Island,” which he also directed and co-wrote with its star Pete Davidson (“Saturday Night Live).

Originally slated for a theatrical release, Universal Pictures decided to launch the film digitally on June 12, 2020. In its debut weekend, “The King of Staten Island” was the most rented film on FandangoNow, Amazon Prime, iTunes, Apple TV and Google Play among other streaming providers. After a month of release in continued to be one of the top streaming titles on demand. Audiences and critics alike were loving the semi-autobiographical take on the life of Davidson, who lost his firefighter father in the September 11 attacks.

Johnny Oleksinski (“The New York Post“) wrote, “The final shot of Apatow’s movie is the iconic Staten Island Ferry, bringing to mind ‘Working Girl,’ ‘Manhattan,’ and countless other New York City classics. ‘The King of Staten Island’ joins that list.” As for Davidson’s performance, Mick LaSalle (“The San Francisco Chronicle“) said, “Davidson’s appeal is essential to the movie’s success. If you know him only from ‘Saturday Night Live,’ you’ll be surprised by him here. On ‘SNL’ he can be zany and annoying. Here he has a very particular quality that seems to be coming from a place of past pain.”

Apatow has had prior film nominations at the Golden Globes, but has yet to take home a trophy. He was up for Best Original song in 2008 (“Walk Hard” from “Walk Hard: The Dewey Cox Story”) and received Best Musical/Comedy nominations for “Bridesmaids” (2011) and “Trainwreck” (2015). Davidson has never been nominated for any mainstream acting or writing awards, but this year he is fresh off a People’s Choice Award nomination for Comedy Act of the Year and “The King of Staten Island” has shown new depth to his talent as an actor and screenwriter.

Could “The King of Staten Island” redeem Apatow for his 2017 snub or land Davidson his first Golden Globe nomination for acting or writing? Check out some of the reviews below, and join the discussion on this and more with your fellow movie fans here in our forums.

Don Aucoin (The Boston Globe): “The laughs in The King of Staten Island are earned, and they are frequent – a frequency that is no small accomplishment, given the pain and loss at the film’s center.”

Karen Han (Polygon): “As in his stand-up comedy and his appearances on ‘Weekend Update,’ Davidson’s take on himself is self-deprecating without sacrificing emotional honesty. With Apatow and Sirus’ help, he’s created a self-portrait that feels genuine, and perfectly captures both his appeal and his potential as a movie star.”

Wendy Ide (The Observer): “All loose limbs and exposed emotional scar tissue, Davidson is persuasively raw in a performance that becomes increasingly textured and interesting as Scott finds a father figure in his mother’s ex-boyfriend.”

PREDICT the 2021 Oscar nominations through March 15Make your predictions at Gold Derby now. Download our free and easy app for Apple/iPhone devices or Android (Google Play) to compete against legions of other fans plus our experts and editors for best prediction accuracy scores. See our latest prediction champs. Can you top our esteemed leaderboards next? Always remember to keep your predictions updated because they impact our latest racetrack odds, which terrify Hollywood chiefs and stars. Don’t miss the fun. Speak up and share your huffy opinions in our famous forums where 5,000 showbiz leaders lurk every day to track latest awards buzz. Everybody wants to know: What do you think? Who do you predict and why?