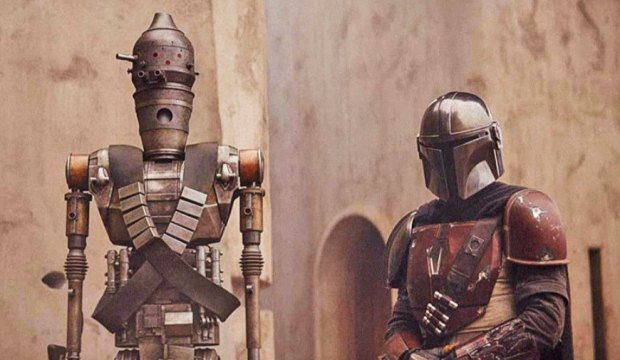 As media expands across numerous television and streaming outlets, the number of people close to achieving EGOT (Emmy, Grammy, Oscar and Tony) is growing faster and faster. Trent Reznor and Atticus Ross just got three-quarters of the way to the grand slam after winning an Emmy for composing “Watchmen.” And on Saturday night, September 19, composer Ludwig Goransson also won an Emmy, putting him a Tony away from wrapping it up.

The musician got halfway there within a few weeks in 2019. First he won three Grammys that January: Record of the Year and Song of the Year as a producer and co-writer of Childish Gambino‘s politically charged single “This is America,” as well as Best Visual Media Score for “Black Panther.” Then in February “Black Panther” won him the Oscar for Best Original Score.

Goransson stuck around the Disney sci-fi family, moving from Marvel’s “Black Panther” to the “Star Wars” drama series “The Mandalorian,” which cleaned up in the Emmy nominations this summer. It earned 15 total noms including Best Drama Series. One of those other bids was Best Music Composition for Goransson for “Chapter 8: Redemption.” And the show’s blockbuster production values have already won the show a half dozen trophies during the Creative Arts Awards as of this writing.

That said, finishing up his EGOT may be easier said than done. The Tony is one of the hardest to get since there is only so much available real estate (literally) on Broadway, and of course the COVID-19 pandemic currently makes it impossible to launch a theatrical production. But Goransson is a composer, and all four showbiz awards honor music, so he’s certainly well positioned to get it done, especially since he’s only 36-years-old.

And hey, Disney+ aired a filmed version of the Tony-winning “Hamilton” musical, so perhaps they’ll reverse that trajectory and eventually bring “The Mandalorian” to the stage. After all, the title character is already wearing a mask.