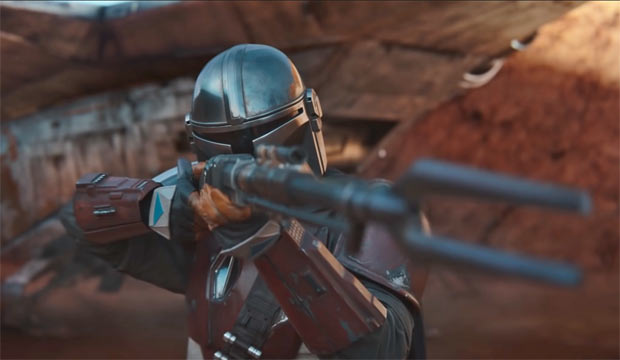 After proving to be an enormous success with audiences, “The Mandalorian” is looking to take on the Emmys next. With a certain big budget fantasy series out of the way, a nomination for its dazzling visual effects could be one of several key Emmy categories for the Disney+ series.

The Emmy award for Best Special Visual Effects has been dominated by “Game of Thrones” for years. The show lost only once, for its first season in 2011, to “Boardwalk Empire” (not enough dragons back in the early days I suppose). It roared back the following year and won five consecutive trophies from 2012-2016. The fantasy epic took a gap year, allowing “Westworld” to pick up a win, before “Game of Thrones” returned to win the trophy for its final two seasons. With the most Emmy-winning show out of the way, “The Mandalorian” is in the perfect position to swoop in as the new favorite for the Visual Effects category.

SEE Emmy spotlight: Taika Waititi (‘The Mandalorian’ director) could use momentum from his Oscar win to score an Emmy nomination

Did you marvel at the sandy vistas and sprawling cities in “The Mandalorian?” Did you wonder how the production whipped together the sets for massive hangar bays and spaceships? Well it might shock you to learn that those backdrops were all the result of an impressive new visual effects technology. A team from the famed VFX house, Industrial Light and Magic, created a new effects program called StageCraft for the “Star Wars” series. They partnered with Epic Games to utilize their Unreal Engine, used by top tier video game developers to conjure virtual worlds, to craft a system where the visuals would be generated around actors in real time.

Most scenes from “The Mandalorian” are shot on an indoor soundstage, where the walls are a massive panoramic LED screen. The worlds created by the effects team appear on the walls and ceiling in real time as the scene unfolds. If you have ever stepped foot in a Disney theme park, you could almost think of it as walking into a CircleVision theater… but on steroids.  This technology allows the actors of the series to walk through alien worlds. So Pedro Pascal can saunter through a cramped cantina or hike a desert dune without having to act opposite a green screen. Physical props are carefully placed along the edge of the screen to blur any lines between the real and digital sets.

The ability to change environments on the fly provides unparalleled flexibility for directors and cinematographers, who are free to place their cameras anywhere on set. Not only do the images appear photo-realistic, but they aid the cast and crew in telling this larger than life story. “The Mandalorian” contains more traditional effects work as well, but the innovative and immersive StageCraft system is a massive ace up its sleeve in the Emmy race.

Should “The Mandalorian” ultimately win the Special Visual Effects category, Disney+ will be the first streaming service to claim this category. A few others have come close. Netflix scored the first nomination for a streaming service in this race in 2013 for “Hemlock Grove.” Cable networks then filled out the slots until 2017, when Amazon’s “The Man in the High Castle” was nominated. In 2018, Netflix scored three bids with “Altered Carbon,” “Lost in Space,” and “Stranger Things.” Amazon’s “High Castle” returned in 2019, along with “Stark Trek: Discovery” (CBS All Access) and “The Umbrella Academy” (Netflix). All were bested by “Game of Thrones.” Landing this Emmy win for Disney+ could be the biggest bounty yet for “The Mandalorian.”