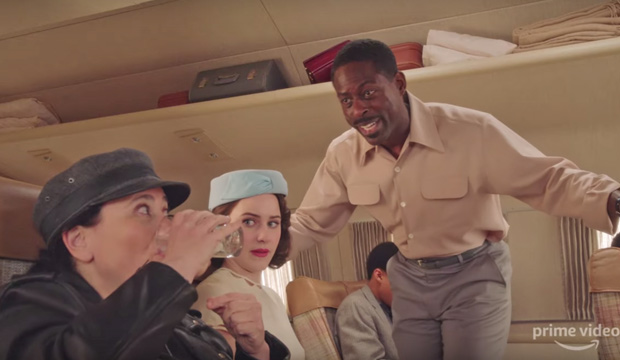 The 2020 Emmy ballots have been released by the Television Academy, so we now know which shows, actors, etc. are in contention for this year’s golden statues. Amazon’s “The Marvelous Mrs. Maisel” accounts for 15 entries on the performer ballot, including reigning comedy champions Rachel Brosnahan (lead actress), Tony Shalhoub (supporting actor), Alex Borstein (supporting actress), Jane Lynch (guest actress, but now competing in supporting) and Luke Kirby (guest actor). One of the third season’s most notable new cast members is Emmy fave Sterling K. Brown, who already has two trophies on his mantel for “The People v. O.J. Simpson” and “This Is Us.”

Here’s a closer look at the Emmy-eligible cast members for “The Marvelous Mrs. Maisel” Season 3:

For its debut season in 2018, “Mrs. Maisel” made history by winning eight Emmy Awards including Best Comedy Series, more than any other comedy in a single year. It matched that winning number for the second season in 2019, even though it ended up losing the big prize to “Fleabag.” Among its many accolades was a rare one-two punch for creator Amy Sherman-Palladino in 2018 for both writing and directing the pilot.

Season 3 of “Mrs. Maisel” streamed all eight episodes on December 6. The focus shifted from Midge’s night gig as a stand-up comedian to her countrywide tour as the warm-up act to singer Shy Baldwin. The popular show has been renewed for a fourth season by Amazon, but due to the coronavirus pandemic there’s still no word on when it will begin production.