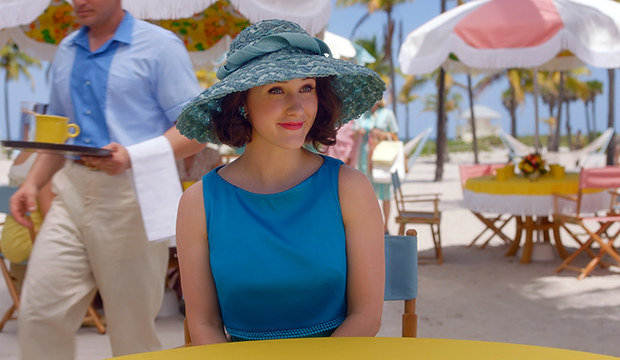 “The Marvelous Mrs. Maisel” nabbed the Writers Guild of America Award for comedy series last year, and it appears to be set for another winning night on Saturday. The series is the odds-on favorite to snag a second statuette and would join a short list of multiple winners.

Maybe that’s just its own trend. “Veep” last won two years ago, so it’s on track to reclaim the prize this year, but the savage political satire has had an underwhelming run for its final season, going 0-9 at the Emmys. It’s currently in third in our odds.

Luckily for all the contenders this year, “Fleabag” was ineligible since Phoebe Waller-Bridge is not a guild member. She, of course, won the comedy writing Emmy, for which “Maisel” wasn’t even nominated. In fact, all the WGA nominees except “Maisel” were shortlisted at the Emmys: “Barry,” “Pen15,” “Russian Doll” and “Veep.” So would “Maisel” have been snubbed if “Fleabag” were eligible?

“Barry” is in second in our odds, with “Russian Doll” in fourth and “Pen15” in fifth.