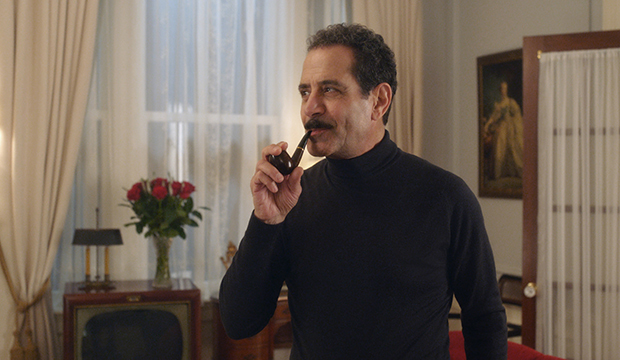 Three of the four regular comedy acting categories at the Emmys have seen several repeat winners in the last decade — or in one case, one winner for six straight years. The lone exception is Best Comedy Supporting Actor. Sure, some people have won more than once, but none of them were back t0 back. But if “The Marvelous Mrs. Maisel’s” Tony Shalhoub can pull it off in September, he’d be the first to defend his title in this category in 12 years.

The last to do so was Jeremy Piven, who three-peated for “Entourage” from 2006-08. Since then, three people have won multiple Best Comedy Supporting Actor Emmys, but they were not consecutive: Eric Stonestreet (“Modern Family”) prevailed in 2010 and ’12; his co-star Ty Burrell struck gold in 2011 and ’14; and “Veep” star Tony Hale triumphed in 2013 and ’15. So, yeah, these three dudes traded off wins for six straight years, but none managed to score back-to-back statuettes.

“Maisel” nabbed eight Emmys for its inaugural season in 2018, five of which came at the main ceremony, where it had six bids. The one category that it lost was Shalhoub’s. But he’s since made up for it with back-to-back Screen Actors Guild Awards victories and an Emmy last year — his fourth overall to go with his three in lead for “Monk” — which was one of “Maisel’s” eight wins. Coupled with “Maisel” upsetting “Fleabag” to snag a second straight SAG Award for comedy ensemble in January — even to the “Maisel” cast’s surprise — it’s no shock that Shalhoub is currently out front in our odds to repeat.

And as if he needs any more help, the actor is just one of two of last year’s nominees who are eligible to return, the other being Alan Arkin (“The Kominsky Method”), as “Veep” is over and “Barry,” which fielded three nominees last year, is skipping this cycle.

Arkin is third in our odds, behind Dan Levy (“Schitt’s Creek”) in second, who could net two more nominations in comedy series and comedy writing for the Pop TV fan favorite. Sterling K. Brown, who was in too many episodes of “Maisel” to qualify as a guest, in in fourth place, followed by 2018 nominee Kenan Thompson (“Saturday Night Live”) and John Malkovich from Netflix’s upcoming “Space Force.”