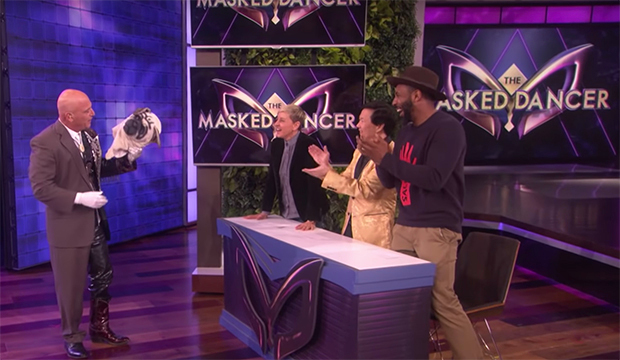 “The Masked Dancer” is a spin-off of the FOX reality competition series “The Masked Singer.” As with the original show, the contestants will be wearing costumes that conceal their real identities. We will get both videos and interviews with the celebrities that will give us clues to their true selves. And, in a new twist, we will get to hear the voices of the contestants even if it is just one word.

Scroll through the photo gallery above for a closer look at the contenders including all “The Masked Singer” season 1 cast spoilers.

The 10 contenders for the Golden Mask are divided into two groups, with Cricket, Disco Ball, Hammerhead, Exotic Bird and Tulip competing as Group A on the special premiere on Sunday December 27. We won’t see Group B (Cotton Candy, Ice Cube, Moth, Sloth and Zebra) until January 6. The contestants will perform both solo and group numbers and may also be partnered with professional dancers who aren’t wearing masks.

Producers of “The Masked Dancer” recruited Craig Robinson of “The Office” fame to be host. Ken Jeong is doing double duty as a judge on this show as well as “The Masked Singer.” Joining him on the panel are Paula Abdul, Brian Austin Green (who was the Giraffe on season 3 of “Singer”) and “High School Musical” alum Ashley Tisdale.