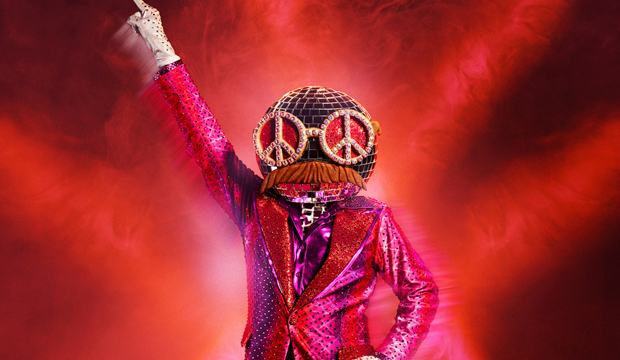 At long last, “The Masked Dancer” has arrived on our television screens, just in time for the new year. Fox’s reality TV spin-off of “The Masked Singer,” which has been in development for almost a year, finds 10 mystery celebrities hiding behind extravagant costumes and dancing their hearts out in the hopes of winning the coveted Diamond Mask trophy. The first group of five aspiring dancers took the stage in the season premiere: Disco Ball, Tulip, Cricket, Hammerhead and Exotic Bird. Who among them received the lowest number of votes and was forced to unmask in front of America?

Below, read our minute-by-minute “The Masked Dancer” recap of the Season 1 premiere, titled “Everybody Mask Now,” to find out what happened Sunday, December 27 at 8:00 p.m. ET/PT. Then be sure to sound off in the comments section about your favorite costumed characters on Fox’s reality TV show and who you think has what it takes to win the entire competition.

9:00 p.m. — The host for this new program is Craig Robinson, who’s known for his hilarious acting roles on “The Office,” “This Is the End” and “Hot Tub Time Machine.” He appeared on the most recent season of “The Masked Singer” as a guest judge and memorably made Sun cry when he said, “All my life I’ve felt the heat of the sun. I had never heard the voice of the sun until now.” The panelists whose job it is to guess the identities of the secret dancers are Ashley Tisdale, Brian Austin Green, Ken Jeong and Paula Abdul. Let’s get things started with the season premiere, shall we?

9:10 p.m. — Hammerhead is kicking things off and he gets the panel’s attention for his buff physique. He is a self-proclaimed workaholic and we see a plate with a burger on it and a cup of “Joe.” He says he became famous too quickly and soon felt he transformed into a person everyone else wanted him to be. We see a portrait of him surfing and he says moving backwards is how he moves his life forwards. Tonight Hammerhead is dancing to “Everybody” by Backstreet Boys and it’s definitely boyband choreography. Nothing about this is making me feel like he’s a professional dancer, but the shark is jacked. His dancing isn’t great, but the panel appreciates his ability to get everyone in the partying mood. The panel thinks Hammerhead could be Carrot Top, Joe Jonas or Zac Efron.

9:20 p.m. — The Tulip is the next competitor and she walks on stage full of energy. In her clue package we see an alarm clock set at 11:00 and we see a box of mini seeds. We see a “Mount Laurel” yearbook and she says growing up she was teased all the time. It appears she was in the Glee club and Acrobat team and after mentioning how she “tumbled” we can assume she’s a gymnast. It looks like she may have moved from Alabama to DC. Tulip is dancing to “Fergalicious” by Fergie and she’s surprising the panel with a tap dance! She’s definitely got the moves of a trained dancer, but that doesn’t necessarily rule out certain professional athletes. The panel is definitely impressed with her tap skills though! At the end she gives a TikTok sign, so she may have lots of social media followers. The panel believes Tulip could be Charli D’Amelio, Ariana Grande or Heather Morris.

9:30 p.m. — Up next is the Cricket, who struts out with some serious swagger. He never thought he would do a show like this and dancing is out of his element. We see “90210” referenced and a lot of clues hinting at Las Vegas. Apparently he hasn’t been as lucky in love, but he recently hit the jackpot and his new love has become his rock, while he is her “apprentice.” We see four aces among the clues, so there’s definitely a lot about gambling. He is dancing to “Jump (For My Love)” by the Pointer Sisters. This is some super basic and unimpressive choreography. It’s actually sort of pathetic. Awful. The panel thinks Cricket could be Ryan Reynolds, Jim Carrey, Ian Ziering or Ashton Kutcher.

9:40 p.m. — Disco Ball is up next and he’s walking out like he might be a little bit older. He says he grew up on a rough block and we see a bone with a “J” on it. Once he discovered his passion his life changed for good and it’s been his “fountain of youth.” We see a shark, tea and a gavel. We see an eagle and the Disco Ball has a distinguished mustache. He’s dancing to “Uptown Funk” by Bruno Mars and despite his reservations, he’s still a better dancer than Cricket. But just barely. Towards the end he just sort of stands there, so maybe he will be heading home tonight. It’s a tossup! The panel thinks Disco Ball could be MC Hammer, LL Cool J or Smokie Robinson.

9:50 p.m. — The last dancer of the night is Exotic Bird and this creature appears to have some confident moves. We see her on a racetrack which implies she is an athlete. Exotic Bird is racing in heels and admits she’s been competitive since she was a teenager and has a perfume line. She felt attacked a lot for losing and also appears to enjoy cooking. The Exotic Bird is dancing to “Con Calma” by Daddy Yankee and Katy Perry. She’s definitely got rhythm, which is refreshing after the last two performances. She’s shaking her tailfeather with a fury and this is the most exciting performance of the night. The panel thinks Exotic Bird could be Marion Jones, Hope Solo, Jennifer Hudson or Venus Wimbledon.

9:59 p.m. — The dancer with the least amount of votes who will be unmasking tonight is Disco Ball. But who are the final guesses? Brian says LL Cool J, Ken thinks he is Smokey Robinson, Paula thinks it’s Ving Rhames and Ashley guessed Lionel Richie. So who is the Disco Ball? He unmasks and reveals himself to be Ice T! That was a surprise finish for Episode 1.