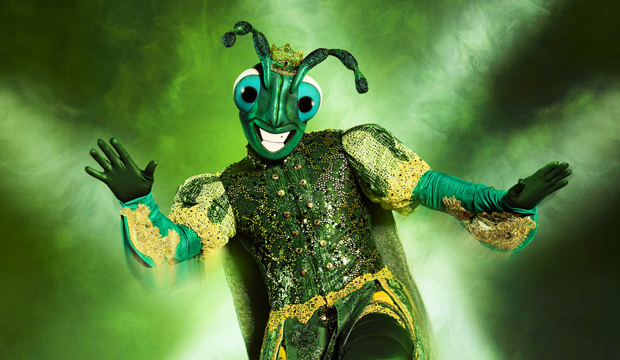 On “The Masked Dancer” premiere, five famous folk were hidden inside elaborate costumes while they performed routines to some of music’s biggest hits. This spin-off of “The Masked Singer” is just as much fun to watch as the original show. A big part of its appeal is figuring out which famous faces are hiding beneath these elaborate masks before they four judges (Paula Abdul, Brian Austin Green, Ken Jeong, Ashley Tisdale). At the end of episode one, which debuted on December 27 and was repeated on December 30, one of the contenders, Disco Ball, was eliminated and revealed by host Craig Robinson to be a Grammy-winning rapper.

We’ve been busy since that episode first aired trying to figure out the names of the remaining four contestants who are competing as Cricket, Exotic Bird, Hammerhead and Tulip. Keep reading if you want to know as we have all “The Masked Dancer” spoilers, including the name of the Cricket, who dazzled the crowd with a toe-tapping routine to “Jump (For My Love)” by the Pointer Sisters.

Here’s a recap of the voice-over that accompanied the first clues video for Cricket: “Honestly, I never thought I would do a show like this. Me, Cricket, dancing? No way. But, I’ve always bet on myself. I had to give it a try. I’ve been pretty lucky in life. But when it came to love, I always felt like I was getting punked. I needed support, a foundation to stand on. But then, it was love at first sight. I hit the jackpot, and we became the ultimate power couple. She was my rock and I was her apprentice. She taught me the art of balance. Tonight, I’m ready to jump for my love.”

The one word that we heard the Cricket say in his real voice was “accomplished.”

Taken all together and everything fits in well with Brian’s guess that the Cricket is his “90210” co-star Ian Ziering. There were plenty of references to this staple of 1990s TV sprinkled throughout the video. Like Brian, Ian has kept busy in the two decades since the show signed off, including a stint in the hugely successful “Sharknado” TV movie franchise.

In 2007, Ziering made it to to the semi-finals on season 4 of “Dancing with the Stars.” So we know that he can learn complex choreography. And, as Brian mentioned, Ian did a stint back in 2013 with the Chippendales dance troupe in Las Vegas; again, there were a slew of clues about Sin City.

We won’t find out for sure if Ian Ziering is the Cricket till he is unmasked. That will only happen if he loses a match-up or wins the show. Do you think we are right about the true identity of the Cricket? Sound off in the comments section with your best guesses.