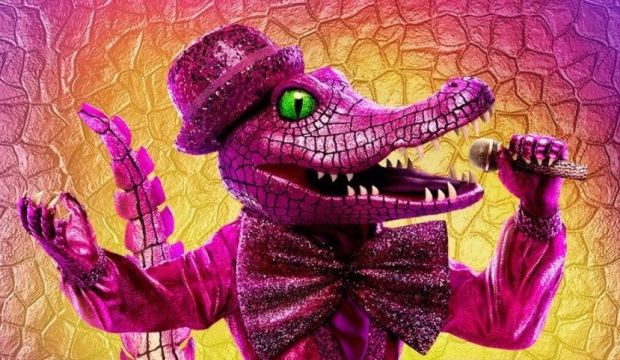 Part of the fun of watching “The Masked Singer” is making guesses as to the real identities of the celebrity contestants. We’ve been fans of the Crocodile ever since he appeared alongside the rest of Group B in episode 2. He is the last contender still standing of the six stars who started out in this group. The Crocodile is competing on the December 16 finale against the Mushroom and the Sun for the Golden Mask.

Based on the clues he has given over the run of season 4 of “The Masked Singer,” we are absolutely certain that the Crocodile is Nick Carter of the Backstreet Boys. Don’t believe our theory? Well then take a read of all the ways that the visual hints and quotes from the Crocodile fit with Nick’s bio.

We’ve recapped his appearances in each episode of “The Masked Singer” including the songs he performed and their original artists.

SEE: Find out who the Mushroom is before the finale on December 16

Episode 2 – ‘It’s My Life’ by Bon Jovi
Becoming a crocodile was a “natural selection” because he’s happiest in water. Crocodiles are known for cold-blooded, but he’s just a warm, sensitive creature who just wants to be loved back.

Ever since he was a kid, growing up in Hollywood surrounded by heartache and instability, he was forced to develop a thick skin.

We see an Italian flag, a crooner on stage, a fish inside a pineapple and a prominently featured hotel in his clue package.

Episode 4 – ‘Toxic’ by Britney Spears
Crocodile admits this show has revived his love of performing. He hasn’t been this passionate about it since he was a kid.

He said his own father didn’t believe in his talent until he earned his first paycheck.

We see a skull and crossbone flag next to a house with a “5” on it in his clue package.

SEE: Find out who the Sun is before the finale on December 16

Episode 8 – ‘Bleeding Love’ by Leona Lewis
Crocodile admits this competition means everything to him. Despite his hard exterior, he’s a total softy.

He always tries to be one of the hardest workers in the room and we hear from his friend (who appears to be a disc jockey) that he has been all around the world with the Croc. Once they traveled to six continents in 100 hours.

He loves video games and the song “Step By Step” is mentioned.

His final clue is that Crocodile is in a huge cult classic movie.

Episode 10: ‘I Don’t Wanna Miss a Thing’ by Aerosmith
Competing has made Crocodilee feel more alive than he has in a long time and his pink jaws have given him the freedom to all the genres of music he loves.

He’s performing for his kids, who he drives eight hours to see after every show and knows nobody has more heart than him.

His super clue is a rat eating pizza.

The additional clue in his safe reveals the Crocodile is connected to Craig. “You’re one of my favorite actors and it’s so cool to be able to share the screen with you, again.”