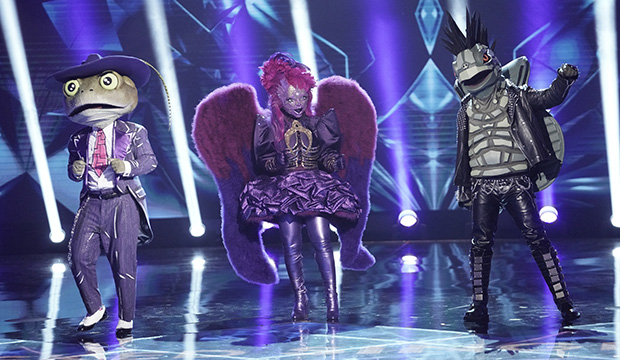 “The Amazing Race” will log a DNS at the Emmys for the first time, which is great news for one lucky show that will take its spot in the Best Competition Program lineup. And you guys think that will be “The Masked Singer.”

In a recent poll, the Fox hit received 35 percent of the vote to be the beneficiary of “Race’s” absence. A 10-time Emmy champ, “Race” won’t return to the small screen until the fall, with its long-delayed 32 second, rendering it ineligible for the first time since the Best Competition Program category was established in 2003. It’s the only show that’s been nominated every year of the category’s existence. Last year, “Race” was up against “American Ninja Warrior,” “Nailed It!”, “Top Chef,” “The Voice” and winner “RuPaul’s Drag Race,” which defended its crown.

“The Masked Singer” being the chosen one is not surprising. It was predicted to snag a nomination last year on the heels of its white-hot freshman season, but got snubbed. This time around, the show, which got the post-Super Bowl slot, has two seasons in contention and hasn’t lost any of its heat.

SEE Which show will win the race to grab ‘The Amazing Race’s’ vacated Emmy slot?

With 31 percent, “Survivor” is in second in our poll, having come off its all-winners 40th installment. Despite its standing in reality TV, “Survivor” only has four nominations in this category and hasn’t been shortlisted since 2006, so a comeback bid after 14 years would be extremely noteworthy — especially given how voters have yet to re-nominate a show they have dropped when it was eligible.

It was a big drop to third —  a tie between two never-nominated shows “Making the Cut” and “Ellen’s Game of Games” at 10 percent each. The former just premiered in March on Amazon and is Heidi Klum and Tim Gunn‘s post-“Project Runway” baby. Coincidentally (or not), “Runway” was dropped last year after 14 nominations for its first season without Klum and Gunn. “Ellen’s Game of Games” has earned two host bids for Ellen DeGeneres but none for the show itself  yet.

Five-time nominee “So You Think You Can Dance” and “Making It,” which nabbed a host nomination for Amy Poehler and Nick Offerman last year, are next at 4 percent apiece, followed by a three-way tie at 2 percent between “Project Runway,” nine-time nominee “American Idol” and the “other” option. Eleven-time nominee “Dancing with the Stars,” which is contending with its Sean Spicer season, got 0 percent. Ouch.