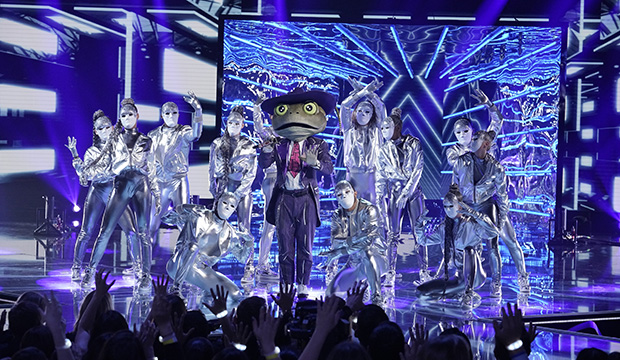 It’s good news, bad news for the Best Competition Program Emmy contenders. The bad news is that there will only be five nominees, instead of the usual six, in accordance with the new rules tying the number of nominees to the number of category submissions. The good news is that there is still technically an open slot since 10-time champ “The Amazing Race” is missing the Emmys for the first time ever.

And if our odds are on point, that slot will go to first-time nominee “The Masked Singer,” which is sitting in fourth place at the moment. Two-time defending champ “RuPaul’s Drag Race” leads the way, followed by four-time champ “The Voice,” 2019 nominee “Nailed It!” and 2010 winner “Top Chef.” That leaves “American Ninja Warrior,” which has been nominated the past four years, just out of it in sixth.

SEE Alex Rudzinski on directing ‘The Masked Singer’: ‘Embrace the weirdness of it all’ [EXCLUSIVE VIDEO INTERVIEW]

Of course, we also forecasted a nomination for “The Masked Singer” last year — the breakout smash was in fifth in our odds, while “Nailed It!” was in 12th. But voters aren’t really, shall we say, adventurous in this category, so maybe they needed a year to play catch-up. “The Masked Singer” was still a massive hit this season, airing two installments and getting the post-Super Bowl slot.

“Race” is the only show that’s been nominated every year since the category’s creation in 2003, so it’s safe to say that, had it been eligible, it likely would get in this year even with one fewer slot. But its long-delayed 32nd season won’t air until the fall, more than a year after Season 31 and nearly two years after it was filmed. So it will face a big test next year to try to return.