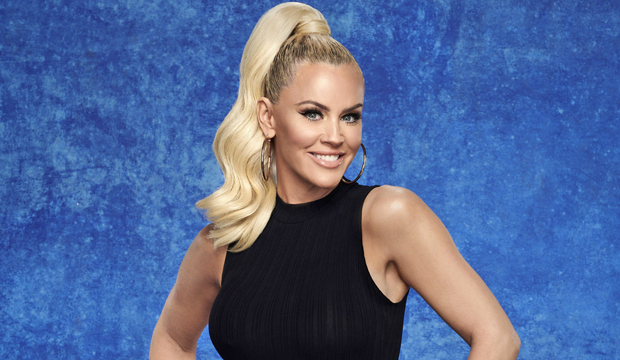 Which panelist on “The Masked Singer” has an ear made of gold? We won’t find out till the end of the year, but right now Jenny McCarthy is in the lead to win the all-new Golden Ear trophy with three correct guesses so far in Season 4. The savvy actress and TV host figured out Mickey Rourke was Gremlin, Wendy Williams was Lips and Bob Saget was Squiggly Monster. Don’t fret, Robin Thicke, Nicole Scherzinger and Ken Jeong — there are many more episodes still to go before the season finale airs this December.

In order to receive a point, the judges’ first impression guesses must end up coming true. Cruelly, they don’t receive any credit if they later change their mind and go with somebody else. After each contestant took the stage for the first time, host Nick Cannon tasked the panelists with writing down their initial instincts. Their guesses were then sealed away in a vault, where they’ll remain until the specific masked singer is eliminated.

In the Season 4 premiere, both Robin and Nicole correctly named rapper Busta Rhymes after Dragon’s performance of “Mama Said Knock You Out” by LL Cool J. Jenny was close as she thought it was fellow rapper DMX, but Ken couldn’t have been more wrong as he pegged Olympian swimmer Michael Phelps.

Jenny got her revenge in the second episode when she guessed actor Mickey Rourke following Gremlin’s cover of “Stand By Me” by Willie Nelson. Rourke made history when he removed his mask voluntarily because it was too “hot” so Nicole didn’t have a chance to guess, but Nick later confirmed that only Jenny’s first impression came true.

In the fifth episode, Jenny and Nicole both knew right off the bat that the bright red lips belonged to Wendy Williams. The talk show host sang “Native New Yorker” by Odyssey from a seated position, explaining that even though she couldn’t sing or dance, she knew how to have fun.

Even though Jenny, Robin and Ken ultimately picked Bob Saget as the Squiggly Monster following his rendition of “(I Can’t Get No) Satisfaction” by The Rolling Stones, Ken didn’t receive a point since his first impression guess was actually Fabio. Womp womp.

The 10 remaining contestants for Season 4 are Broccoli, Crocodile, Jellyfish, Mushroom, Popcorn, Seahorse, Serpent, Snow Owls, Sun and Whatchamacallit. They’ve initially been split into three groups — A, B and C — with the finalists from each group advancing to the next round.