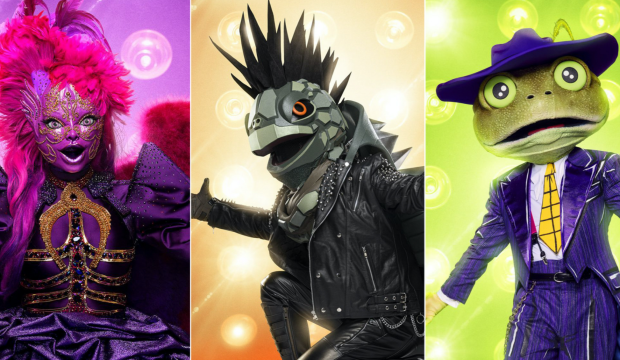 “The Masked Singer” season three winner will be crowned on Wednesday’s show. The final three celebrity contestants in the fight for the Golden Mask are disguised as the Frog, Night Angel and Turtle. Over the course of the first 15 episodes, the rest of the 18 contenders were unmasked.  This most recent of these, the Rhino, was eliminated on last week’s semi-final and revealed to be major league baseball all-star Barry Zito.

We had figured out that this rising country star was competing as the Rhino before the big reveal by rewatching all of his previous performances and clues videos. We’ve turned our attention to the trio of contestants still standing. We are sure that we know their real names.

The Frog: Bow Wow
This actor came to fame 20 years ago as a teenage rapper who went by the name Lil Bow Wow. After hitting it big with his first five albums, he then started making movies and has gone to star in several TV series including the crime drama “CSI: Cyber” and the BET music show “106 & Park.”

On the May 13 semi-final, the Frog closed the show with his crowd-pleasing cover of “Hip Hop Hooray” by Naughty By Nature. We are convinced that the recent clues he gave confirm that our guess is the right one.

We saw the Frog playing basketball; in one of Bow Wow’s first films, “Like Mike,” he played an orphan who gets basketball talents after finding a pair of Michael Jordan‘s shoes. The Frog referenced the tadpole that is watching him from home; Bow Wow has a 9-year-old daughter, Shai. And the Frog showed off a pin with the word “Mom”; Bow Wow’s mother, Teresa Caldwell, was his manager for many years.

The Night Angel: Kandi Burruss
While she is known these days as one of the stars of “Real Housewives of Atlanta,” Kandi’s first claim to fame was as part of the R&B group Xscape and a Grammy-winning songwriter for TLC and Destiny’s Child.

Before she sang a stirring cover of “How to Love” by Lil Wayne on the semifinal, the Night Angel teased us with another set of clues. She revealed that she had lost someone very close to her; in 2009, Burruss’ fiance, A.J. Jewell, was killed in an altercation outside the nightclub where he worked.

As a final clue, the Night Angel showed off a moon pin on her costume; we think this is a reference to Burruss’s collaboration with Rasheeda on the hit 2012 song “Legs to the Moon.”

The Turtle: Jesse McCartney
Although he is only 33, Jesse McCartney has been working steadily for almost a quarter of a century. At the same time that he was starring on “All My Children,” in the late 1990s, he was part of the boy band Dream Street. Throughout the first decade of this century, he alternated between singing and acting. More recently, he has had great success as a voice artist.

On the May 13 episode of “The Masked Singer,” the Turtle emerged from his shell to sing the Nick Jonas chart-topper “Jealous.” That track featured his falsetto and the Turtle revealed that he was paying homage to judge Robin Thicke with this style of singing. He also teased that the two had a long-standing connection; on his 2014 debut album, “Beautiful Soul,” Jesse recorded a cover of Robin’s song “The Stupid Things.”

In the clues video, we saw a street sign for “Back”; this has two connections to Jesse: he had a big hit in 2013 with the song “Back Together” and he was the opening act for Backstreet Boys in both 2009 and 2013.