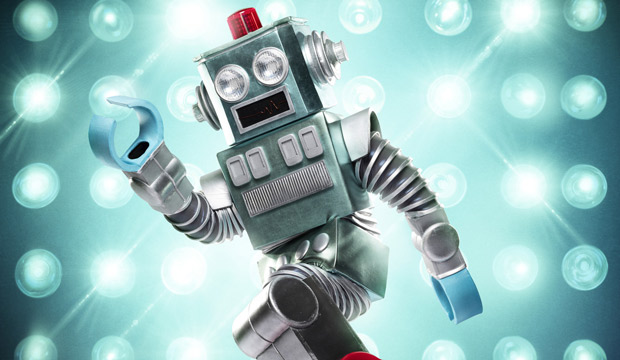 “The Masked Singer” returned for its third season Sunday night in an incredible spectacle that was worthy of following the biggest football game of the year. Six performers graced the stage in their elaborate and ridiculous costumes, all vying for the chance to take home the coveted Golden Mask that’s previously been won by rapper T-Pain and comedian Wayne Brady.

SEEMighty Miss Monster kills it on ‘The Masked Singer,’ but is Ken Jeong right that she’s Dolly Parton?

With the first episode of the new season, we also got our first unmasking of the new season, which turned out to be five-time Grammy winning rapper Lil Wayne. Disguised as The Robot, Lil Wayne tried to win over the crowd with his rendition of “Are You Gonna Go My Way” by Lenny Kravitz.

But did Lil Wayne really deserve to be kicked off first or was he robbed of being included further in the competition? Please, let know what YOU think by voting in our poll and leaving a comment down below.

Lil Wayne did find himself competing against some really strong competitors in the season opener. The episode started off with the White Tiger performing “Ice Ice Baby” by Vanilla Ice, which the crowd totally ate up. Next came the Turtle as he slayed a version of “Kiss From a Rose” by season two contestant Seal.

Llama followed and hit a bit of a speed bump with his performance of “She Bangs” by Ricky Martin. But Miss Monster brought the energy back up with her amazing cover of “Something to Talk About” by Bonnie Raitt. The final performance of the night went to the Kangaroo, who showed some serious vocal chops with her version of “Dancing On My Own” by Robyn.