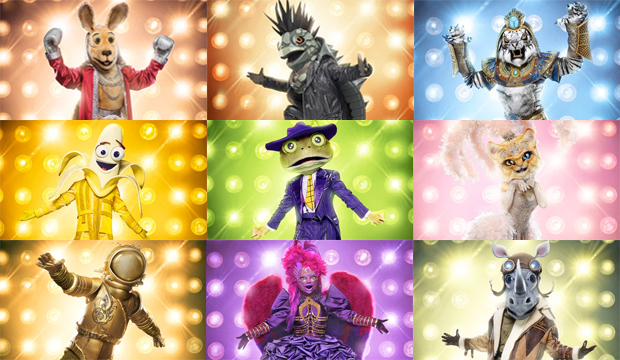 Season 3 of “The Masked Singer” is about to enter a whole new round where the Super 9 contestants from the first three groups compete against each other for the first time. Of these remaining nine finalists, who do YOU think will go on to win the Golden Mask, joining Season 1 champ T-Pain (Monster) and Season 2 victor Wayne Brady (Fox)? And who will be forced to unmask in the next all-new episode? Hurry and make your predictions in Gold Derby’s predictions center. It’s fun and easy — start right now!

SEEJoJo Siwa (‘The Masked Singer’ T-Rex) interview following predictable unmasking: ‘I paused my tour to do this!’ [WATCH]

Each week the user with the highest prediction accuracy will earn eternal bragging rights and a spot on our “The Masked Singer” leaderboard. (See our contest rules.) It’s free to register for an account via email, Facebook, Google or Twitter, so what are you waiting for?

Here are the questions you can answer each week at Gold Derby:

Who will win ‘The Masked Singer’?

As of this writing there are nine costumed celebs still in the running to win Season 3: The Kangaroo, The Turtle, The White Tiger, The Banana, The Frog, The Kitty, The Astronaut, The Night Angel and The Rhino. Who do you think has the edge to win and who do you predict will be eliminated next?